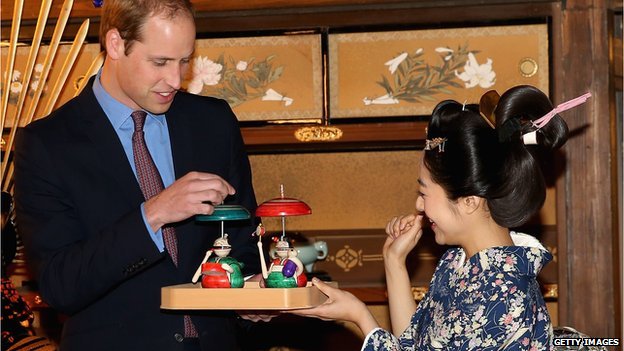 Prince William, Duke of Cambridge, is currently in Japan to promote UK relations, visiting from February 26  to March 1. On his third day in Japan, on February 28, he visited the set of taiga drama of the NHK Public Broadcasting Studios and met Inoue Mao.

The lead actress of “Hana Moyu”, who plays a character called Humi Sugi in the drama, presented the duke with a bouquet of flowers and a hand-made wooden toy for Prince George. 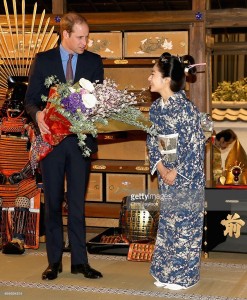 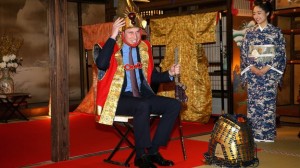 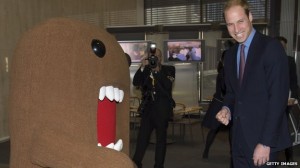 During the visit, Prince William donned the trappings of feudal nobility in Japan Saturday, wearing the helmet and clothes of an ancient samurai during a tour of a TV studio. The second-in-line to the British throne asked for a sword to complete the outfit, and grinned at photographers as he posed for pictures dressed as a warrior from yesteryear. William, whose own military career saw him taking the controls of an ultra-modern helicopter, asked: “How does it look?”

“It really suits you,” came the reply.

On Sunday he will meet people whose lives were affected by the 2011 earthquake and tsunami, including the staff of a newspaper who produced handwritten copies in the aftermath of the disaster because their printing presses had been destroyed. He is due to leave Japan on Sunday, bound for Beijing.