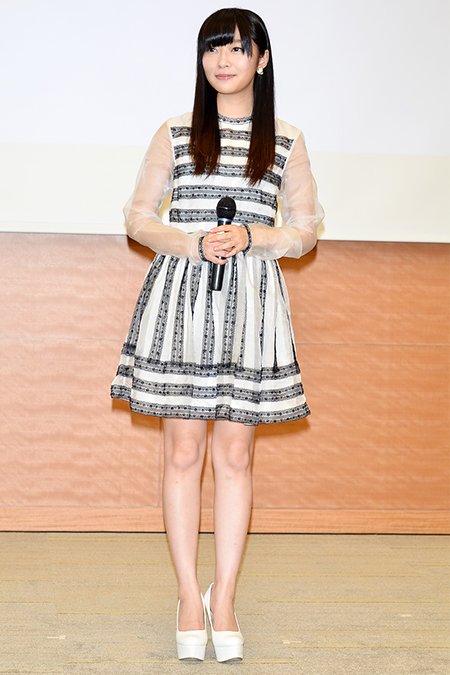 On September 19th, HKT48’s Rino Sashihara was a guest on SMAP’s Masahiro Nakai’s show “UTAGE!”. However, that didn’t sit well with a few people.

One in particular was SMAP fan @richan22 on Twitter who tweeted to Sashihara, “@345_chan You’re disgusting. Whenever I see you on a show like UTAGE it makes me SO angry. I don’t know what it is, but whenever I see you I get this really unpleasant feeling. Everyone says this. Please just leave the entertainment industry. Seriously, please go.”

So, Sashihara decided to retweet @richan22’s rude comment and add the following comment, “I’m jealous that you get to date every day.” 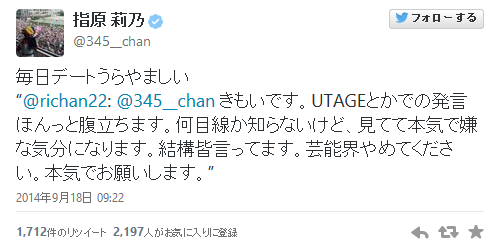 Sashihara currently has 431,000 followers on Twitter, it’s no surprise that after the retweet many of Sashihara’s fans started to retweet and send messages to @richan22. @richan22’s final tweet before deleting her Twitter account was, “Thanks to Sashihara, I’ve been retweeted countless times and it’s really annoying. Unbelievable. Isn’t her personality just awful? Seriously Sashihara, you make me sick. Do you enjoy blaming this all on me, a regular person (non-celebrity)?”

This isn’t the first time Sashihara has put haters in their place. Do you think Sashihara was in the right by exposing her or should she have let @richan22 make her comments and move on?