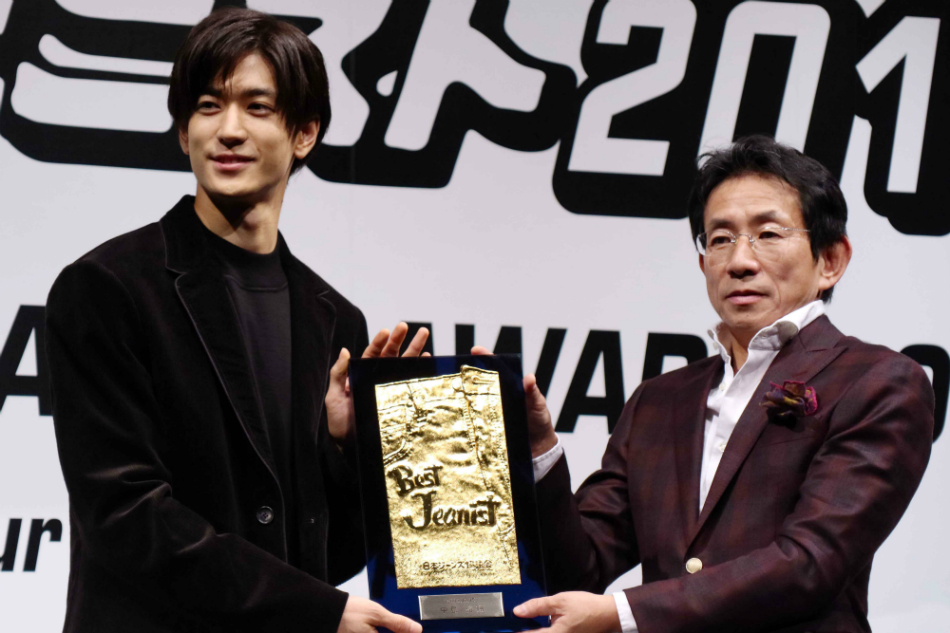 The 36th Best Jeanist awards were recently handed out in Tokyo. This accolade is a very popular publicity award given to celebrities who not only love denim, but look good in it too.

Originally getting it’s start back in 1984, the ceremony is sponsored by the official “Japan Jeans Council”, with voting open to the public. Every year there is a top male and female winner, with select runner ups receiving their own special award. The council claims that their goal is to get as many people as possible to know about the “Goodness” of jeans and denim.

Taking the top spot in the male category for the THIRD time in a row is none other than Hey! Say! JUMP member Yuto Nakajima. Since this is his third time taking home the gold, Yuto will be ineligible for nomination in future Jeanist awards. However, as a three time winner he will be going into the Jeanist Hall of Fame!

Yuto was extremely excited about winning for the third time, and being inducted into the Hall of Fame. Calling the award “prestigious”, he couldn’t stop thanking his fans for the continued support. Yuto was so excited that he did a special pose for the audience.

Yuto received over 126,000 votes, putting him well ahead of the competition. Former Tohoshinki member Jaejoong came in 2nd with 97k votes, and King & Prince member Ren Nagase came in 3rd with 24k votes.