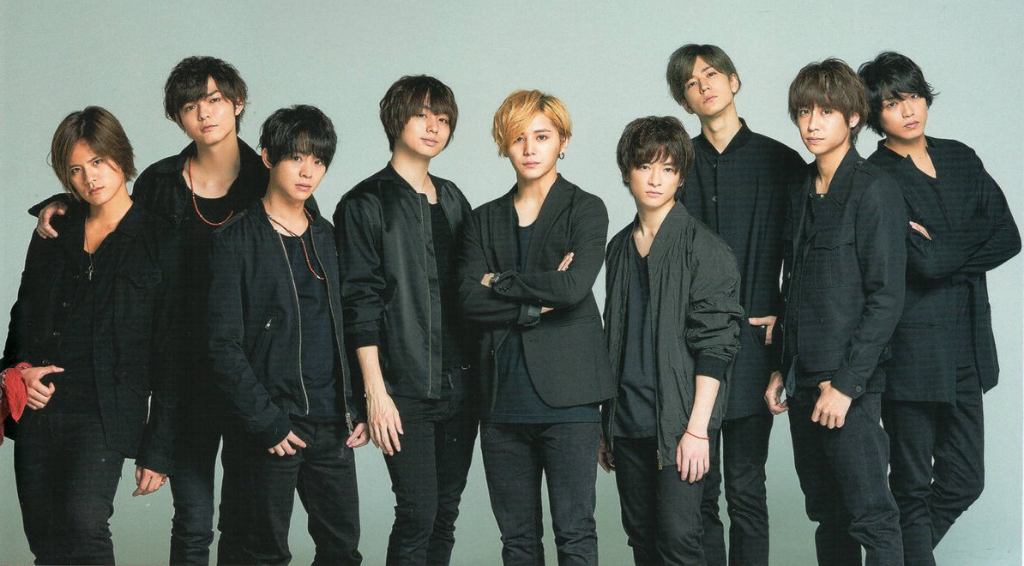 On November 14, Hey! Say! JUMP held their 10th anniversary event “ULTRA JUMP Party ~ shin no Hey! Say! JUMP wa oreda!!” at the Tokyo Metropolitan Gymnasium. It is the same venue where the “Volleyball World Cup 2007” was hosted and in which the group served as special supporters during debut. Yamada Ryosuke comments “Today is our 10th anniversary. This is also a memorable place for us. I am glad we are able to welcome our anniversary this way with all of you.”

The official list of all performers for the “68th NHK Kouhaku Utagassen” will be announced very very soon but newspapers and morning wide shows are already confirming Hey! Say! JUMP’s debut appearance on the show. The group has gained popularity and has grown into a group responsible for Johnnys next generation. 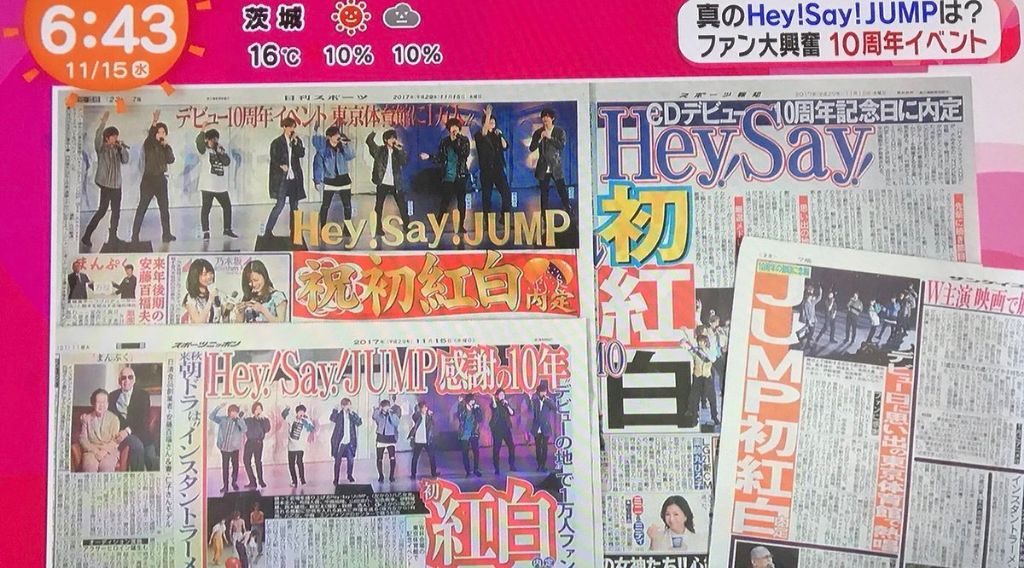 Since their debut in 2007, the members continue to be active in movies, dramas and variety gaining popularity from a wide range of people. The group is also hugely popular among junior and senior high school students, and is likely to attract attention as a “big newcomer” that will be a key point for the program to attract viewers in the 10s and 20s.

In recent years, members appeared regularly on information programs with Arioka Daiki and Yaotome Hikaru on “Hirunandesu”, Inoo Kei on “Mezamashi TV” and with more appearances in movies and dramas such as Yamada Ryosuke in “Fullmetal Alchemist” (released December 1), the fan base has expanded. With their popularity and name recognition, they have been offered to participate at an early stage.