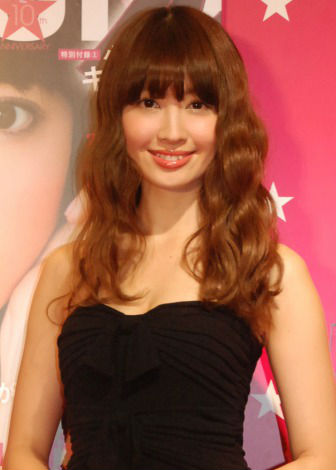 Haruna Kojima (26) of AKB48 was at the 10th anniversary ceremony for “MAQUIA”, a beauty magazine, on November 1st. Kojima herself has appeared on the front cover of the magazine in the June 2010 issue and June 2011 issue. When looking back at her appearances, Kojima commented, “How nostalgic! Four years have passed. I looked so innocent!”

When asked about her desires to marry after AKB48, she said, “Yes. I would like to marry before I am 30.” Kojima added, “I want a man who has experience in all aspects of life. I would also like to marry someone that is knowledgable and someone I can respect.” Kojima also revealed she wants a boy if she has children.

People have been speculating if Kojima will graduate from AKB48 anytime soon. Even though Kojima was asked about graduation during the event, with a smile, she answered, “It’s still a secret. There are still many things I want to do.”