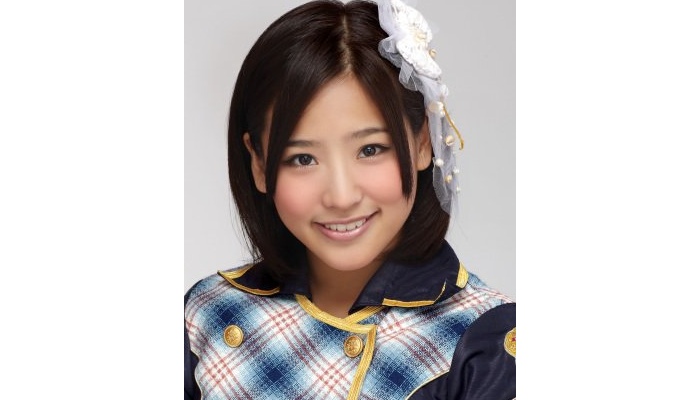 It has been reported that Haruka Nakagawa from Jakarta, Indonesia-based idol group JKT48 will be graduating, as well departing from AKB48 Group.  She made the announcement on February 27 during the event “JKT48 Request Hour 2016” held in Jakarta.  She does not plan on returning to Japan after graduating, and will remain in Indonesia.

Fans were startled to hear the news coming from such a popular member who ranked 2nd in last May’s “JKT48 2nd General Election”, and members on stage were crying aloud.  After politely greeting everyone in the local language before and after her announcement, the venue echoed with calls of her name.

After the show, Nakagawa also made the announcement on Twitter, where she has over 1 million followers: “I announced my graduation today.  However, I’ll be active as JKT48 throughout 2016!” “I really love Indonesia!  I’ll work hard until the very end in order to make JKT48’s dream come true!  Thank you for your continued support” JKT48 is aiming to have a concert at Jarkarta’s biggest stadium, Gelora Bung Karno (maximum capacity 88,000 people).

AKB48 Group’s general manager Shinobu Kayano commented on talk application 755: “Harugon, or Haruka Nakagawa, announced her graduation from JKT48 and AKB48 Group.  She will continue her activities until the end of this year, but she will not be returning to Japan afterwards and is instead trying to take the next step in her life in Indonesia.  We will be cheering on Harugon, who will be active throughout the world!”

Nakagawa joined AKB48 as a 3rd generation member in December 2006 after getting accepted through  “AKB48 3rd Generation Additional Member Audition”, alongside members such as Mayu Watanabe and Yuki Kashiwagi.  In January 2009, she had her CD debut as part of AKB48’s subunit “Watarirouka Hashiritai” with Watanabe and others.  In November 2012, she transferred to JKT48 out of her own will.  Nakagawa has completely adapted herself from learning to speak Indonesian and ranking 2nd in last May’s “JKT48 2nd General Election”.  During AKB48 Theater’s 10th anniversary event, she revealed that she has starred in about 20 commercials in Indonesia.