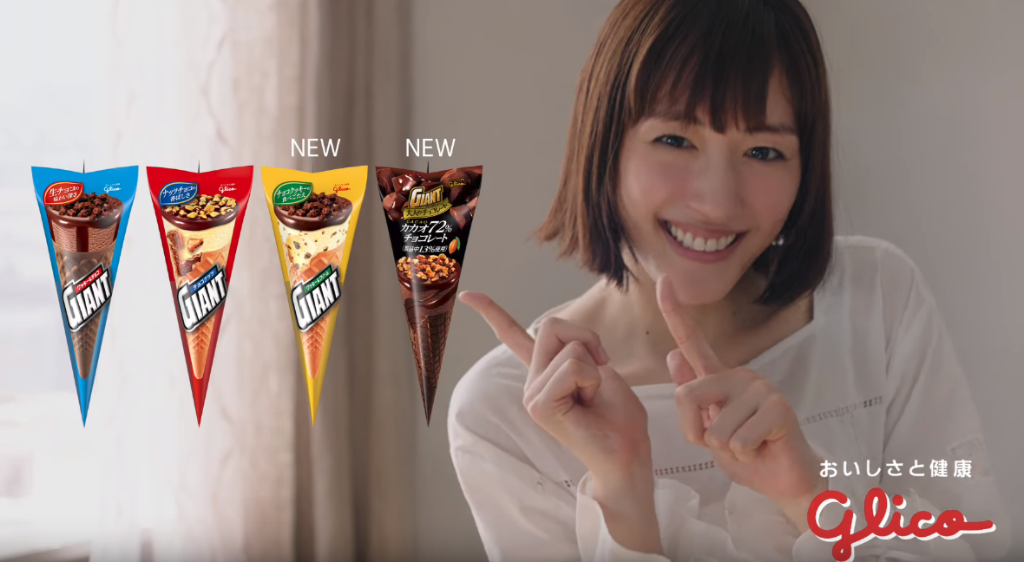 Actress Haruka Ayase has been a longtime spokeswoman for Gilco, and she’s the star of a brand new nationwide CM campaigns for their “Giant” ice cream treats.

The CM features Ayase relaxing at home, when she gets the craving for a sweet snack. She grabs a Gilco Giant cone while singing the CM tune in the background. Two different 30 second versions of the CM were released, check them out below.

Additionally, a separate CM to promote the new dark chocolate flavor was released.  Giving a much more relaxed and sophisticated feel, the CM features Ayase coming home after a day out. She lays back in her living room while enjoying the cone.

Meanwhile, today marks the release for the DVD and Blu-ray of her successful NTV drama series Okusama wa, Tori Atsukai Chui. It will be released in a six disc boxset, a 24 page booklet will also be included with the release.