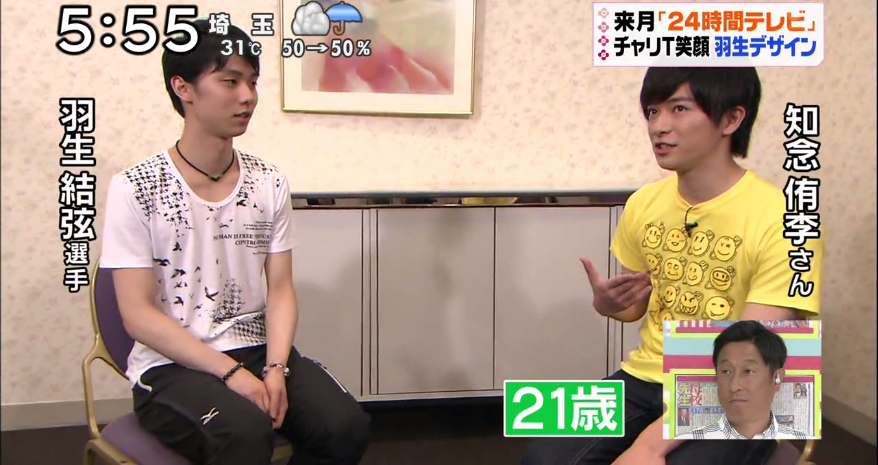 Olympic medalist figure skater Hanyu Yuzuru contributed his design for the charity t-shirt of the annual 24 Hour TV event. For this, he met Hey! Say! JUMP’s Chinen Yuri and the two collaborated to create their own “smiley face” on the shirt.

During his interview, Hanyu asks if both of them are of the same age. To which Chinen confirms, he is 21 while Hanyu is 20. Tagged as YH x Yuri Chinen, their design also includes figure skates.

The theme for the 24-hour TV this year is “to connect ~ a smile beyond time~”. Accordingly, for the shirt design, each member of the main personalities (V6 and Hey! Say! JUMP) collaborated with famous people or people from the community to create each of the smiley faces. The shirt comes in pink, white, yellow, black, and blue. Last time, they featured the design of Kyary Pamyu Pamyu and member Okamoto Keito. The other people who contributed their designs will be revealed later on.