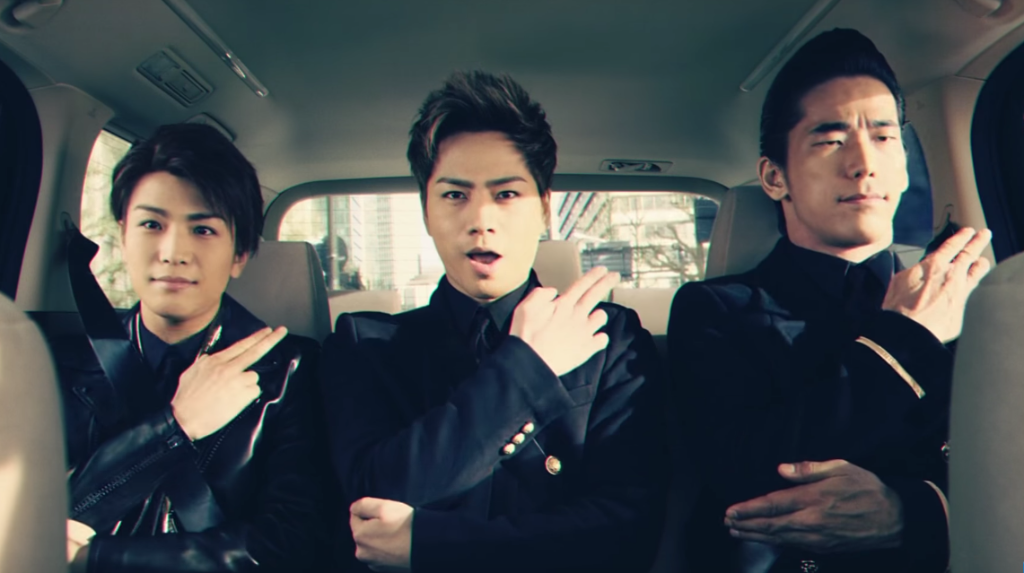 One half of the popular group Sandaime J Soul Brothers are the stars of a brand new Pocky CM. The CM which will begin airing nationwide today includes JSB vocalist Hiroomi Tosaka plus the performers Naoki Kobayashi and Takanori Iwata with the concept of “sharing a happy dance”

This goes hand in hand with the current brand slogan “Share happiness!” a campaign originally started for Pocky’s 50th anniversary. This new CM is also seen as a “sequel” of sorts to the extremely successful “THE Sharehappi” campaign which also starred the same JSB members. The Sharehappi song currently has over 25 million hits on youtube.

In the CM the boys are seen in the backseat of a car doing their “Happy dance”, during their ride the passengers change multiple times ranging from foreigners, a young family, and office workers who dance along with them. The iconic candy hopes to continue to showcase their universal appeal and “share happiness” to all. The full CM as well as a making-of can be seen below.