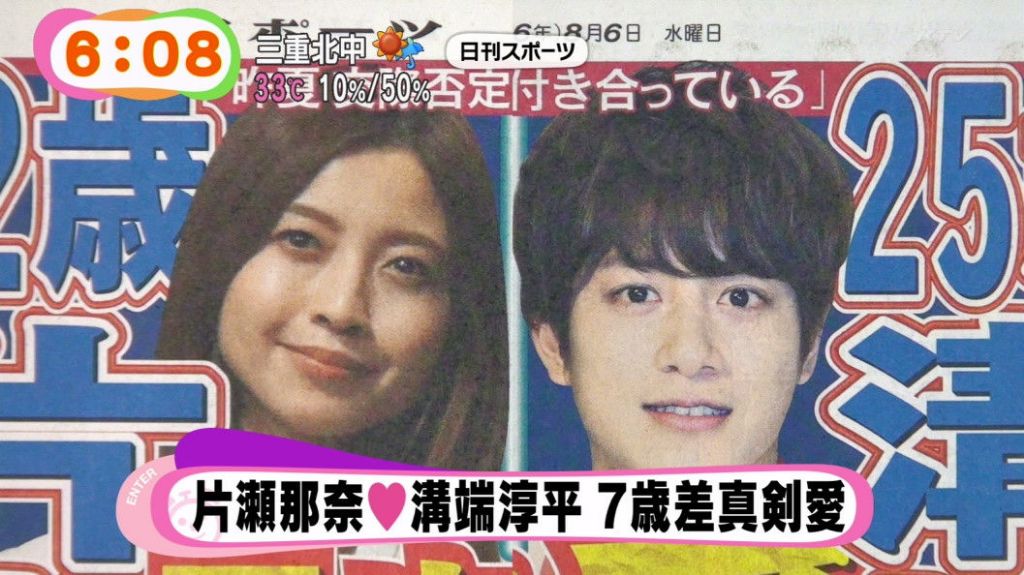 Yahoo! news reports that Nana Katase(32) and Junpei Mizobata (25) have revealed they are a couple and are allegedly “considering marriage”.

The two met as co-stars on the NTV drama ‘35-sai no Koukousei‘ that was broadcast in April of last year. They quickly hit it off during filming which led to reports of bar outings together at the end of July last year, but management denied any relationship between the two. Tabloid magazine ‘Josei Seven’ published a few shots of them together shopping and leaving a popular bar together. Both of their management companies claimed it was a normal senpai-kouhai relationship.

In the past, Nana covered up with situation by taking to her official website to write, “We were just having a discussion and he was asking me questions about work. I had an ordinary conversation giving advice to my kouhai.”

But she wasn’t lying because the two have been together only since the beginning of this year.