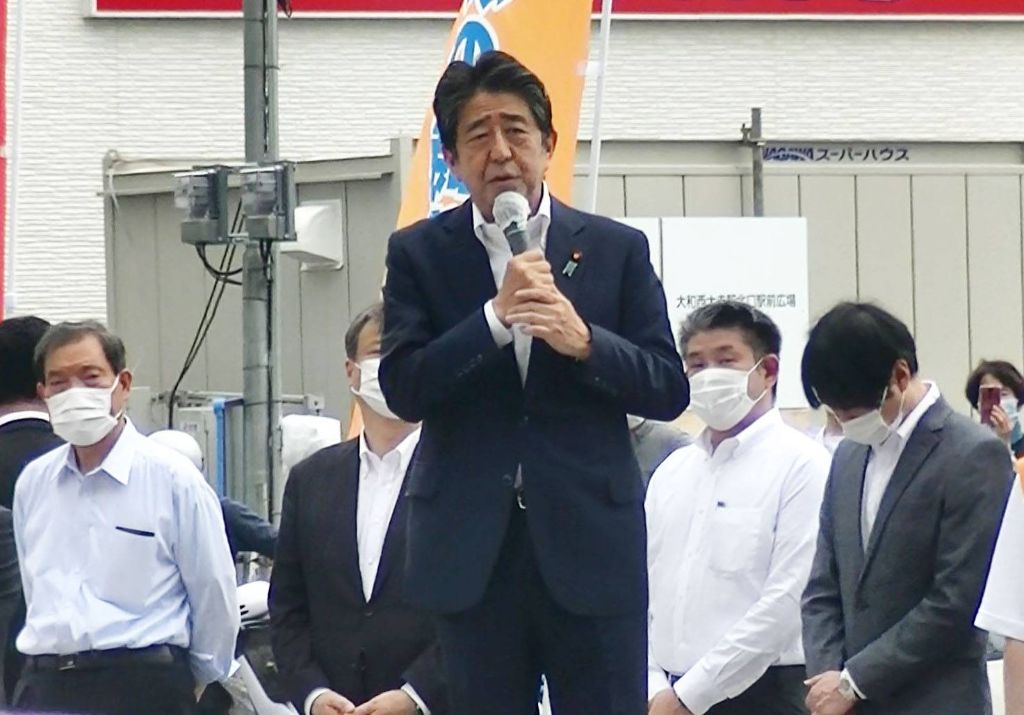 Former Prime Minister Shinzo Abe, one of the most important leaders in Japan’s postwar history, died Friday after being shot while he was giving a speech in Nara. He was 67 years old.

As Japan’s longest-serving prime minister, Abe’s assassination just two days before the Upper House election has rocked Japan, with politicians from across the spectrum condemning the attack as an affront to democracy.

“I’m deeply saddened and lost for words,” Prime Minister Fumio Kishida said with red, swollen eyes following the news of Abe’s death. “We lost a great leader who loved the nation, looked to the future, and made great achievements in various fields for the future of this country.”

Kishida added, “We must defend free and just elections, which are at the root of democracy. I will say this to the people until the very last moment of the campaign.”

The police arrested the man suspected of killing Abe, who was giving a campaign speech in front of Yamato Saidaiji Station when the attack took place at around 11:30 a.m.

The former prime minister was unconscious when he was transported via a medical helicopter to Nara Medical University Hospital in Kashihara, where he was pronounced dead on Friday afternoon in spite of hours of effort to save him.

After Abe’s death, doctors at Nara Medical University Hospital told reporters that he was already in a state of cardiopulmonary arrest when admitted to the hospital at 12:20 PM, having sustained two gunshot wounds to the front of his neck. His heart was damaged by the gunshots, they added.

He died at 5:03 PM from loss of blood, hospital surgeon Hidetada Fukushima said, adding that doctors tried to resuscitate him and gave him massive blood transfusions.

Police arrested the suspect, Tetsuya Yamagami (41), a resident of Nara, on suspicion of murder and confiscated the gun.

Yamagami told investigators he “had grievances” with the former prime minister and had intended to kill him. He also said, however, that he “did not resent Abe’s political beliefs.” NHK reported that the police found explosives in Yamagami’s home.

The gun used in the attack appeared to be hand-made, with media footage showing what looked like two barrels wrapped in black tape lying on the ground after the attack.