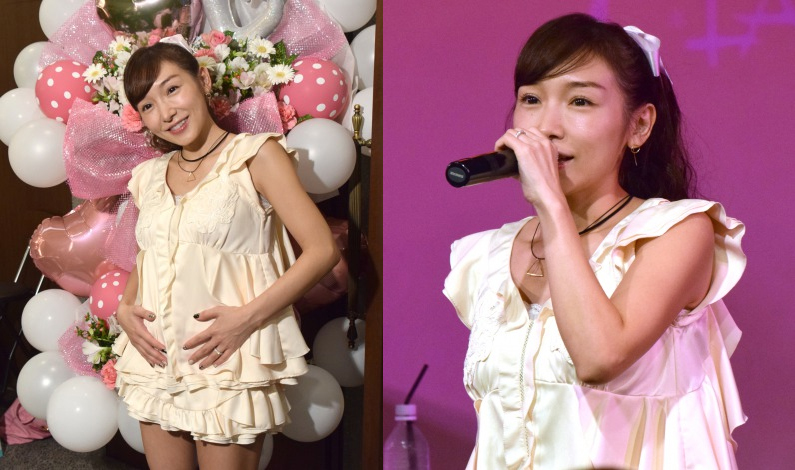 It has been announced Former Morning Musume (and former Girls Beat!!) member Ai Kago (28) is pregnant with her second child.

During her last stage at a live performance in Tokyo on September 23, the mommy idol revealed the news of her pregnancy much to the excitement of her fans in the crowd.

“My husband cried tears of joy when I told him. We don’t know the baby’s gender yet, but either is good,” Kago said.

This announcement comes over a month after her marriage announcement to second husband, a 38-year-old man in the beauty industry.

“It has been hard to hide my stomach since it has started to show in such a short amount of time,” Aibon reveals. “I’ve already gained 11 pounds, so my hips are getting a little [too] sore [to dance].“

From her marriage with ex-husband Haruhiko Ando, Aibon gave birth to her first child, Minami Kago, on June 22, 2012. After years of reports of a rocky marriage, the couple later divorced in June of 2015. Now 4-years-old, Kago mentioned Minami is excited to finally have a sibling.

Since her swift departure from Hello! Project in 2007 following a smoking scandal, Kago’s life has been filled with many twists, turns, and tragedy that have had many worrying about her. But with the birth of her first daughter, it has really shown that motherhood has helped her in being able to find her happiness.

Kago isn’t too far along in her pregnancy, but expects to give birth some time in spring.

Her entertainment activities as mommy idol will continue as normal for the time being.