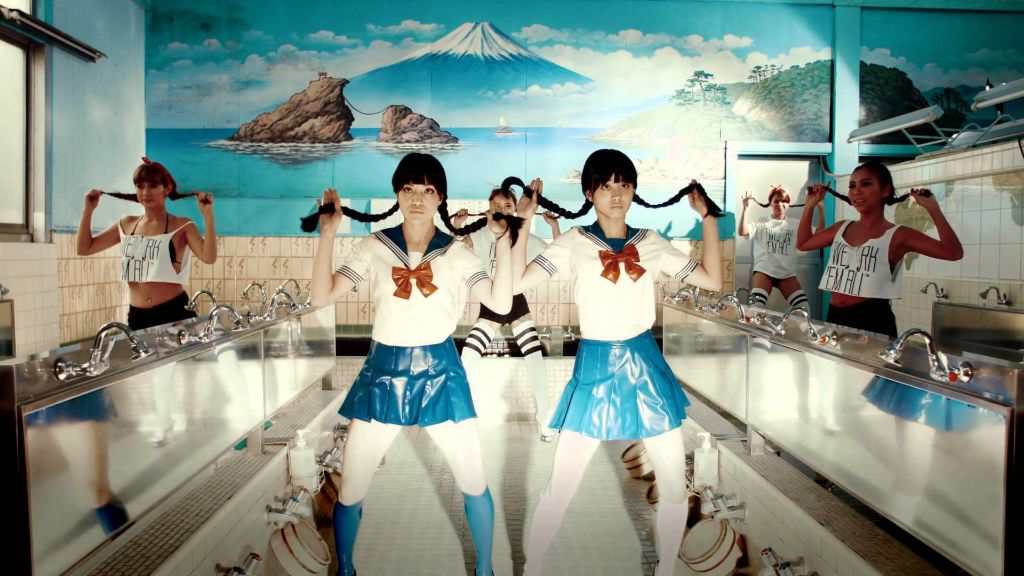 In a newly uploaded video from FEMM, you’ll find the mannequin duo RiRi and LuLa dancing at a Tokyo bath house to their agressive viral hit Fxxk Boyz Get Money.

The video is seemingly normal fare for the group and is leaving fans excited to see the girls back after the released of their full length album this past October, with the video description you’ll quickly realize it’s much more than a simple dance video.

If you’re dancing past a certain hour in Japan, you might find yourself asked to stop, or if you love getting a little too on, arrested. This applies to clubs, bars or any public venue really, including dance classrooms—that’s where it gets personal for FEMM, who are known for their precise dance movements. That requires round the clock practice.

Due to a notorious law passed in 1948, the “Businesses Affecting Public Morals Regulation Law” or fueiho, dancing at public venues is still technically illegal in Japan and is permitted until midnight only, as long as the venue has obtained a specific license (should they have the correct dance floor square-footage for optimal dance activities as well).

You might think this is crazy, but it was passed in a lawless Post-World War II Japan in an attempt to stamp out prostitution rings that were linked to dance halls in order to not have an unfavorable impact on the surrounding areas.

Though the two are no longer synonymous, the law is still in place more than 65 years later and in more recent years, enforced more closely than ever before following a dispute in 2010 at an Osaka club that left a 22-year-old student dead.

In 2013, the organization Lets’ Dance submitted a petition signed by more than 155,000 people to legislation demanding that the part of the law regulating dancing be updated for a time when nobody’s ballroom dancing at dance halls. No changes to the law were made.

DJ Takkyu Ishino had just started his set in April of this year when the club he was working at was raided by the police. “Dance is not a crime,” he wrote on Twitter account shortly afterwards, a statement that has been retweeted nearly 3,700 times since and adopted by FEMM.

dance is not a crime.

In recent events, it appeared that the government was moving towards changing the law to improve the country’s economy ahead of the approaching 2020 Olympics in Tokyo. Members of the Japanese Cabinet had approved alterations to this law that would have allowed people to dance past midnight.

But with that, limitations. According to The Telegraph, “lighting must now be brighter than 10 lux, or about as much as in a movie theatre before a show starts, to discourage crimes and bad behaviour.”

With the dissolution of the lower house in Japan earlier this month, this amendment has been scrapped and all efforts have seemed to fall through.

FEMM insist that “deregulation is only the first step” and are using their celebrity as a platform to have this matter gain more traction.

Dance is not a crime.