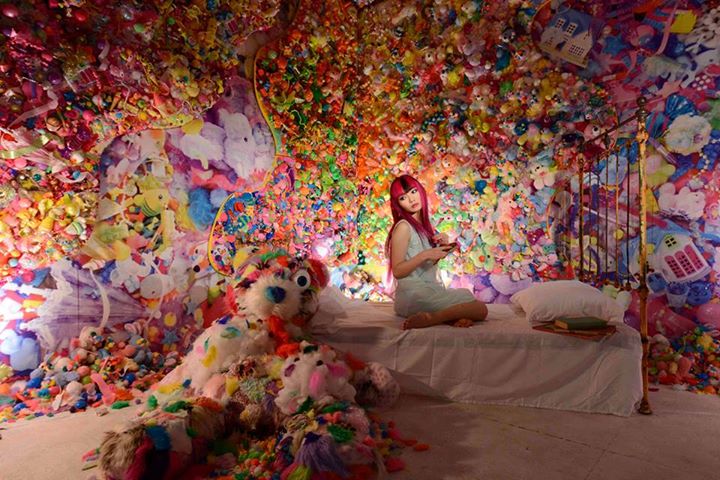 Pioneer of the Harajuku Kawaii culture and founder of the iconic  ‘Sensational Kawaii’ fashion shop and brand, 6% Dokidoki, Sebastian Masuda brings his first exhibition Colorful Rebellion — Seventh Nightmare in the US. The exhibition opened last July 12 at Young At Art Museum in Florida, and it is still ongoing! The exhibition previously ran from February 27  – March 29, 2014 at Kianga Ellis Projects in Chelsea, New York.

As described by My Modern Met, stepping into Japanese artist Sebastian Masuda’s installation Colorful Rebellion — Seventh Nightmare feels like stumbling into a wonderland that is simultaneously vividly bright, candy-sweet, and disorienting. This features a room bursting with manufactured objects of cuteness, including bundles of fake fur, stuffed animals, plastic jewelry, girl’s hair accessories, dollhouses, and other colorful toys that completely cover the walls and ceiling of the room. In the middle of the room is a bed, which visitors could lay upon and gaze up at the explosion of “Harajuku kawaii” closing in on them from every direction. 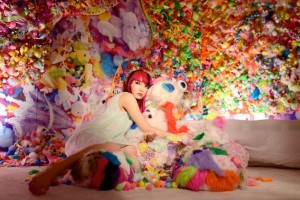 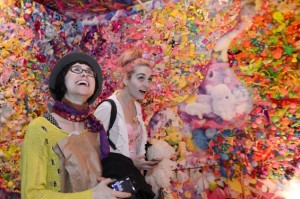 Kawaii, a Japanese word that conveys multiple meanings of cute, lovely, charming, and innocent, lies at the heart of this installation.

But for Masuda, Kawaii is not just ‘cute’. For him, its deeper meaning is more about the process of personality, about personal becoming and transformation. And so features the undercurrent of darkness that lurks underneath the facade of cuteness in Colorful Rebellion — Seventh Nightmare, to illustrate the subculture of Harajuku kawaii. As Masuda explains , “The majority of the time, these girls do not fit in with their classmates and community. Harajuku is not only a place where they can be different without consequence, it is also a place that provides fashion alternatives for girls to express dark emotions in flamboyant, alternative styles.” According to Masuda, his seven deadly sins are desire, future, illusion, destiny, trauma, reality, and self-identification.

Quite interesting too is Masuda’s take on Kawaii, when Japan Times’ Ronald Kelts  asked “Why Japan? What is it in Japanese culture that produces a world of cute so intense and, for some at least, enticing that they want to possess and embody it in their clothing, cosplay or other forms of consumption?”

“Maybe Japanese people are more depressed”, Sebastian answered  “and so they needed the kawaii concept more. The colors of kawaii represent the power and joys of youth. They make people happier. You know, I created (works within) kawaii culture before the (March 11, 2011) disasters, but the interest in it really increased in Japan after they happened. 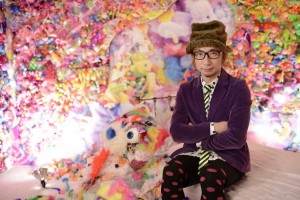 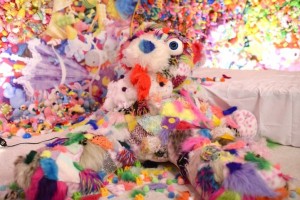 His Florida exhibition is still open if you want to visit! You can get more updates from Sebastian Masuda’s offfical Facebook account.