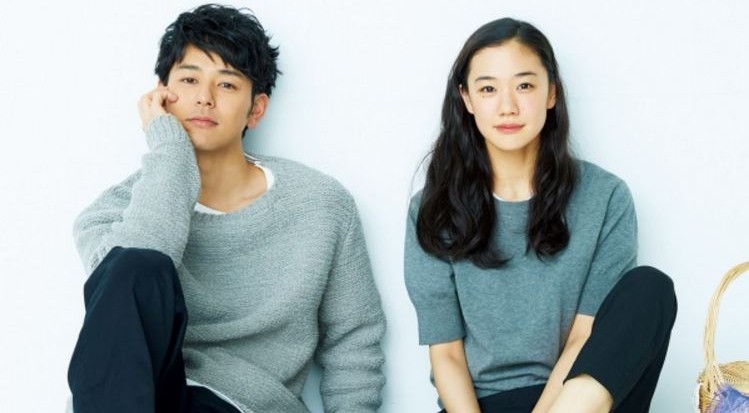 Fashion magazine SPRiNG is celebrating it’s 20th anniversary. To commemorate this occasion, the editors decided to invite a male model on the cover of the April issue for the first time ever. Their choice was actor Satoshi Tsumabuki. He is joined by Yu Aoi, his co-star in the latest Yoji Yamada’s movie ‘Kazoku wa Tsurai yo’. The couple takes part in a spring photo shoot with “genderless fashion” as theme.

Tsumabuki and Aoi have worked together several times already in movies (like ‘Tokyo Family’ in 2013), dramas (‘Wakamonotachi 2014’) and stage plays (Hideki Noda’s ‘Minami e’ in 2011). ‘Kazoku wa tsurai yo’ (“It’s hard being a family”), where they play a couple soon to be married, hits cinemas on 12th March.

SPRiNG’s pick-up for this season is the “genderless” trend – outfits that can be worn by both men and women. Keywords are basic shapes and colours, boyfriend jeans, jersey and oversize. How do you like the anniversary cover? 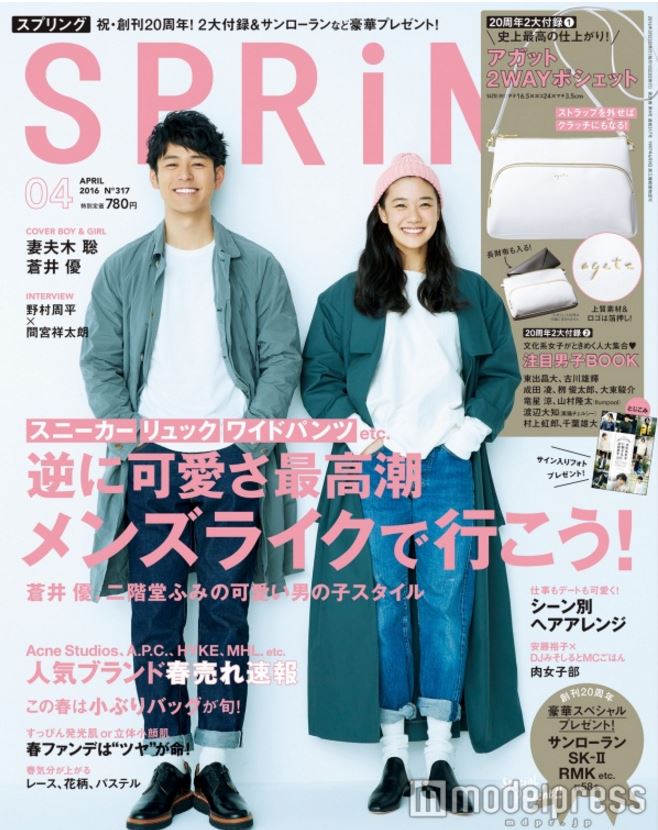