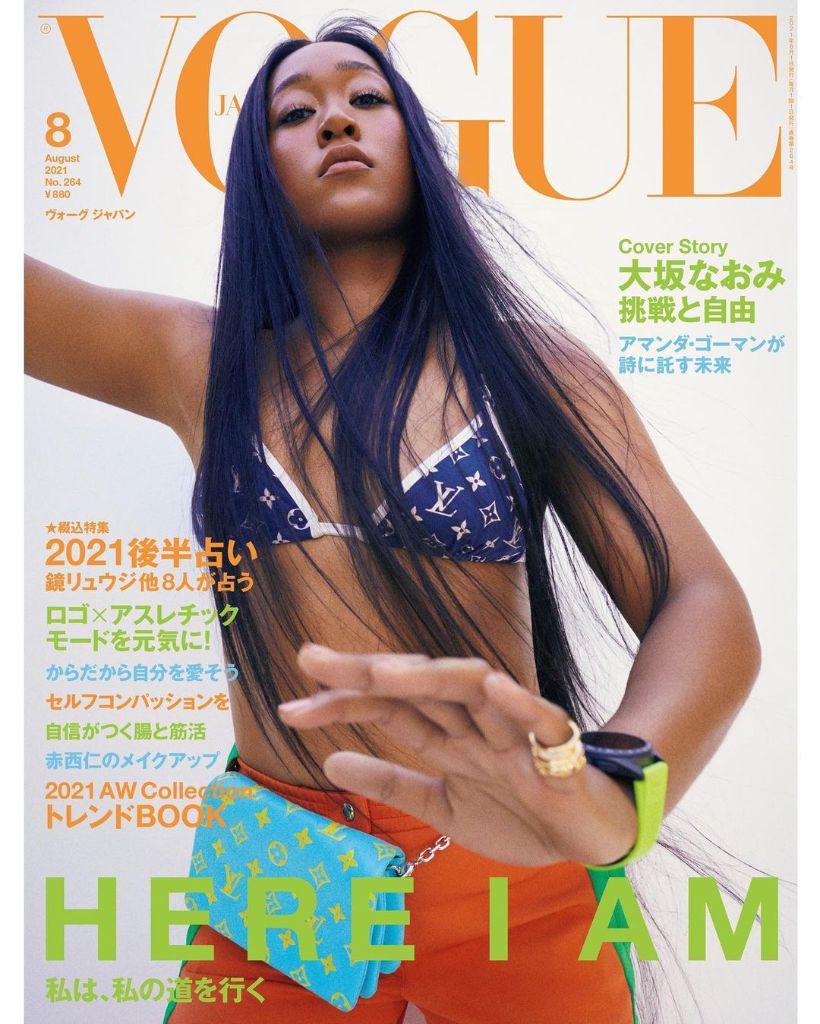 Tennis superstar Naomi Osaka is the newest cover girl for Vogue Japan’s upcoming August 2021 issue. The theme for her photoshoot and interview is “HERE I AM”.

Osaka is an official ambassador for the French luxury house Louis Vuitton, and on the cover she is dressed head to toe in a sporty style, wearing vivid colors and the famous Louis Vuitton monogram logo. Osaka is currently one of the most famous and successful athletes in the entire world, she has used her star power for good by continually speaking on multiple social issues such as the BLM and “Stop Asian Hate” movements.

Shortly after winning the covered Australian Open Vogue sat down with Osaka in March 2021 for the exclusive shoot and interview. They talk about the “secret” behind her strength and the driving force for victory, along with her journey so far. A begind-the-scenes video shot by Osaka’s sister Mari is expected to be uploaded shortly.

Osaka made headlines last month worldwide after she revealed that she would not be doing press conferences during the French Open, citing mental health. This resulted in Osaka being fined and threatened with possible suspension from future “Grand Slam” tournaments, as a result she withdrew from the entire tournament.

The August 2021 issue of Vogue Japan will be released on June 28th.