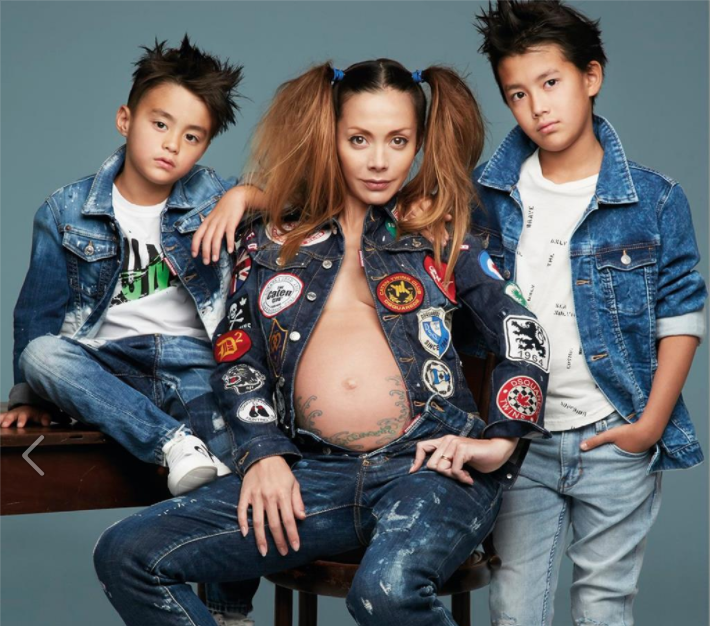 Rocker Anna Tsuchiya collaborated with Leslie Kee back in the March 2017 issue of Vogue Taiwan. The collaboration titled “DRESS THE BUMP” featured a then pregnant Anna in various high-fashion outfits. What makes this maternity photoshoot quite unique is that for the most part it was treated like a normal spread you would see in a fashion magazine, not like the typical celebrity maternity shoot where the model is naked or not wearing much clothes and in every picture the belly is heavily emphasized. This weekend Leslie uploaded the pictures from the magazine spread onto his official Instagram account.

The picture that easily got the most attention was Anna posing with her two cute sons in all denim outfits. In 2004 Anna gave birth to her first son Sky, his father model and actor Joshua Niimura separated from Anna in 2006, and unfortunately passed away from heart failure in 2008. Anna then began dating her long-time stylist and gave birth to her second son in March 2010. Anna most recently gave birth to a healthy baby girl in March 2017.

Check out the full Vogue Taiwan photoshoot below!