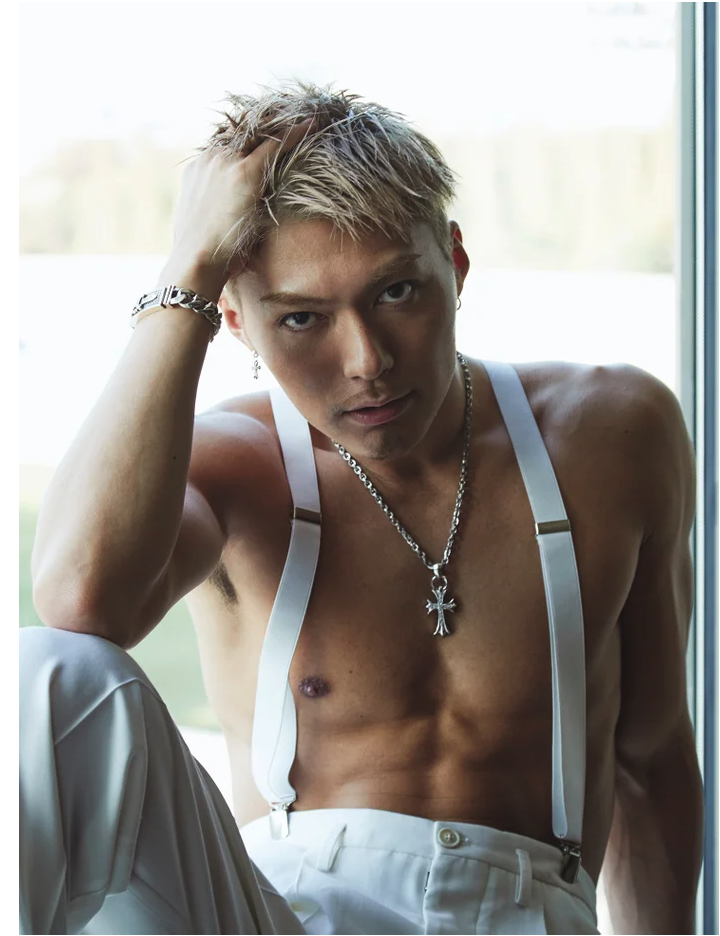 EXILE and EXILE THE SECOND member EXILE SHOKICHI has released preview images from his upcoming photobook.

“BYAKUYA” is the singers very first photobook release, the photos have three main themes. “Music”, “Life”, and “Sexy”. The two main locations for the shoots was a recording studio, where SHOKICHI actually creates music, and the “royal room” in a luxurious hotel located in Tokyo.

The three images previewed show SHOKICHI in a dapper white suit, and then dressed down in just pants and suspenders. The final shot is a blacked out images that resembles his senpai EXILE ATSUSHI.

Additional photos are said to heavily show off the fashions of one of SHOKICHI’s favorite designer brands, Calvin Klien along with photos promising a good view of “bare skin”. Last month SHOKICHI teased his fans on Instagram with an underwear selfie.

“BYAKUYA” will be released on December 15th.