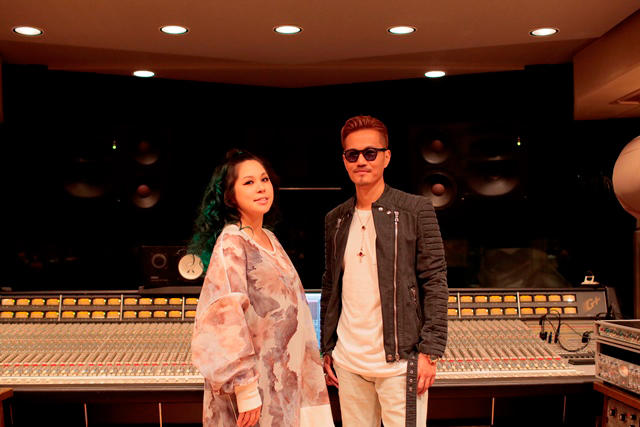 In 2008, EXILE ATSUSHI and AI collaborated on the song “So Special.” They have now reunited for a new song called “Be Brave.” “Be Brave” will serve as the theme song for EXILE AKIRA’s new Fuji TV drama “HEAT.” In the drama, AKIRA plays a real estate developer who goes undercover as a volunteer fire fighter in an effort to learn about the people who own the land his company wishes to develop. SMAP’s Inagaki Goro plays his boss at the real estate company, while Chiaki Kuriyama plays the team leader of the volunteer fire fighting team. “HEAT” premieres on July 7 at 9 PM – 10:48 PM. It then airs every Tuesday at 10PM – 10:54 PM.

ATSUSHI and AI wrote the song together. The song’s theme is life. ATSUSHI said he was inspired by the story of the fire fighters in “HEAT”, as well as the new life that is developing inside of the currently pregnant AI. AI said it was an honor to work with ATSUSHI again, and that they harmonized a lot on this song, so it was fun in a different way compared to “So Special.” “Be Brave” is scheduled for a fall release.