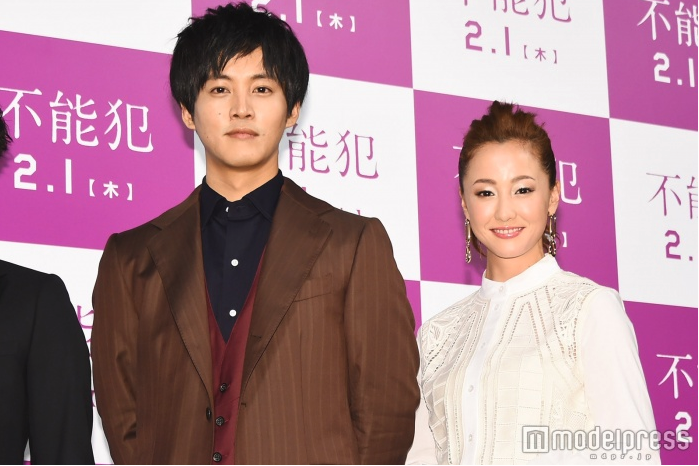 In the film Tadashi Usobuki (Tori Matsuzaka) is a contract killer, known for always wearing a black suit. Nobody knows about his past, but his clients don’t really care as they are usually blinded by hatred or desire. All they care about is if Usobuki is able to get the job done.  What makes Usobuki so successful in his work is that he uses the power of “suggestion” on his victims, basically like psychological warfare. This makes his crimes almost impossible to track.

Hot on his trails is Tomoko Tada (Erika Sawajiri), an investigator who hopes to put an end to Usobuki’s reign of terror. The film is originally based on the 2013 manga series Funohan, and in December 2017 a four episode dTV drama series aired also starring Sawajiri and Matsuzaka. 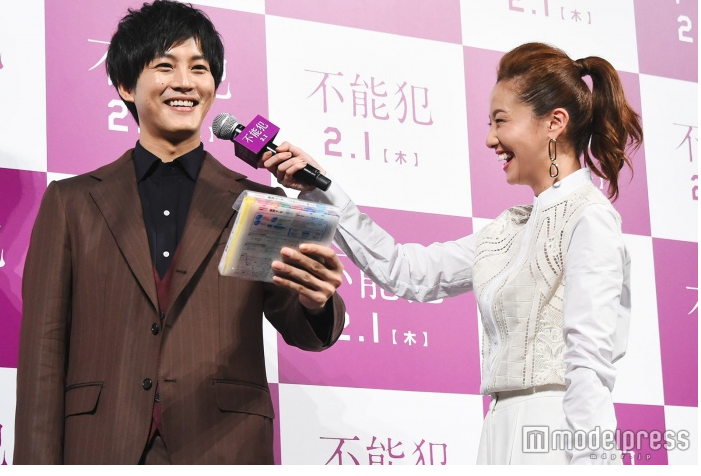 At the press conference they were joined by a mentalist called DaiGo. The three played a fun game where Sawajiri and Matsuzaka had to choose a marker with their non-dominant hand, without looking DaiGo would guess which marker they picked. Before picking the markers DaiGo actually recommended that Matsuzaka choose the green marker, but didn’t explain why. Matsuzaka ended up picking the green marker showcasing just how strong words can be, similar to what the character Tadashi Usobuki does.

Sawajiri also ended up picking the green marker. Afterwards Matsuzaka said even though green was recommended to him, he was going to pick it anyway since he really likes the color, causing laughter among everyone on stage and in the audience.

The two went on to talk about the horror movie genre. Matsuzaka isn’t a fan at all, saying that he finds most of them to not be very good. He confessed that it’s because he gets startled quite easily, and is actually afraid of Impossibility Defense itself. Sawajiri is the complete opposite, gushing about her love for horror and suspense.