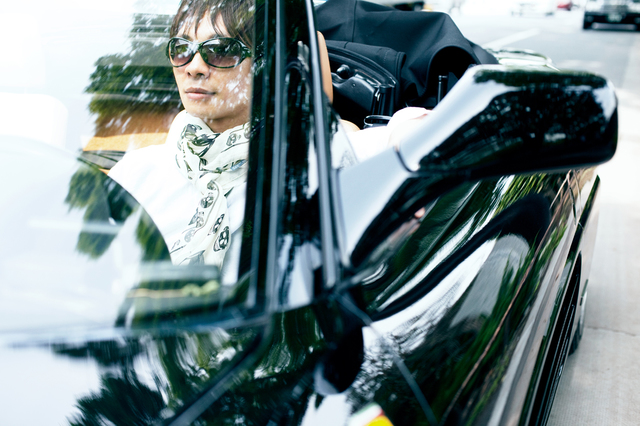 We have some sad news to report now. It was announced today that hip hop producer DJ DECKSTREAM died in the early morning hours of August 27. The cause of death was a traffic accident. The announcement was made via the website of the record label he owned, Sepera. In the announcement, it said that his work was loved not only in Japan, but internationally as well. It is hoped that his work will not fade, but continue on to future generations. Fans of his were thanked for their support through the years.

DJ DECKSTREAM got his start in the hip hop scene in the late 1990s. He gained attention in 2001, when he remixed m-flo and served as their live support. He released his debut album, “Sound Tracks”, in 2007. Over the course of his career, he worked with many people in Japan and internationally, such as Daichi Miura, Kaname Kawabate of CHEMISTRY, Washio Rena of Flower / E-girls, Talib Kweli, and Lupe Fiasco. His most recent album was December 2014’s “DRESS CODE.” On that album’s opening track, “Young World”, DJ DECKSTREAM collaborated with 2 of his friends, VERBAL of m-flo and Shing02. Both men paid their respects to their friend via Instagram.

. 先日お別れをしに行きましたが、未だに実感が湧きません。 彼がMONORISICK名義だった頃からの仲で、毎日共に楽曲制作に明け暮れていました。その後DECKSTREAMに改名してからも数々の思い出を公私共々つくり、いつも笑いを提供してくれた人情深い熱い男でした。多くの人に衝撃を与えた彼の功績は、今後もたくさんの人をインスパイアし続けることでしょう。 DJ DECKSTREAM R.I.P. 3.25.1977 – 8.27.2015 My dear brother and friend, I can’t believe you’re gone. Your music and all the fun memories will remain with us forever. Rest in peace.

It pains to announce my friend and collaborator DJ Deckstream passed away on Thursday in an accident. Details are unknown, but your spirit and music will live on. #djdeckstream (pic: Deck’s pet, Rosso at his studio) 音楽仲間であり、友人のDJ Deckstreamが27日早朝に事故で亡くなられたそうです。詳細は分かりませんが、ほんの数日前まで冗談を交わし合うような、ユーモア溢れる人間でした。ご冥福をお祈り申し上げます。 A photo posted by Shing02 (@shing02gram) on Aug 29, 2015 at 11:21pm PDT