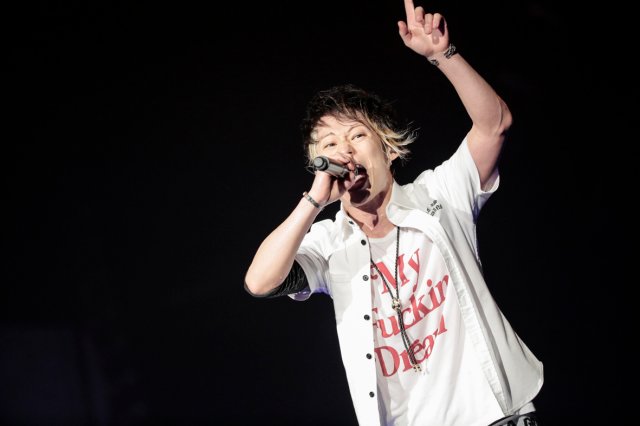 Just yesterday, UVERworld played at the Kyocera Dome in Osaka for the first time in the band’s history. Since the group’s conception in 2000, they have sold over two million records worldwide and have become one of Japan’s most popular rock bands.

For this concert, they introduced the new pen system technology “Freflow”. Imagine being at a concert where everyone’s pen flashed and changed color in synchronization with the music or performance. Now imagine the energy in a crowd of tens of thousands. For reference, this stadium has a capacity of over 36,000!

Lead vocalist Takuya∞ was extremely grateful for the opportunity. While wearing a ‘My [redacted]ing Dream’ shirt, the singer commented, “Thank you for loving our music and allowing our dreams of performing at the Kyocera Dome come true.” At the same time they announced that they will go on a 30 date tour entitled ‘CHOIR TOUR 2014-2015’ starting August 20th and continuing into early 2015.