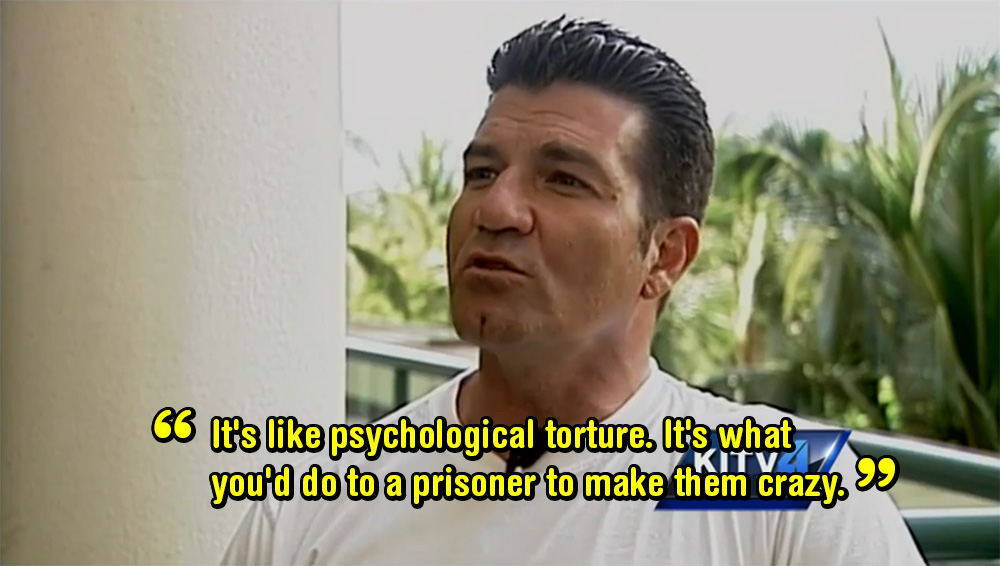 Despite Arashi boosting Hawaii’s local economy during their concert stint there this weekend, vacationers who had never even heard of the group have said they dominated their stay at the Ko’olina resort.

Hawaii’s KITV4 reports that guests at the Marriott, one of the three resorts at the Ko’olina resort community just a few hundred yards from the temporary concert stage, approached the TV station to voice their complaints about the events surrounding their two concerts, including constant sound checks and rowdy fans. The guests in the newscast commented on their experience, “It’s like psychological torture. It’s what you’d do to a prisoner to make them crazy“, “It’s the same song over and over“, “To say the least — awful, I guess is the best word.“

In an area that is considered to be the quiet side of Hawaii, the guests heard the music from their rooms, at the pool, and one guest (pictured above) reports he still heard it underwater while snorkeling.

Concert Promoter Tom Moffatt explained to KITV4 that he understood the disruption that a concert like this would bring, but they did all they could to accommodate the surrounding areas, including beginning the concert earlier in the evening.

In a letter dated September 17, a Marriott Resort manager wrote the following to guests without apology, “The location was confirmed only 30-45 days ago, the overview of the concert on our resort was provided to us last week and details only within the last several days.“

This event was undoubtedly on a scale Hawaii has never seen before. The concert drew in nearly 30,000 fans at both the Friday and Saturday dates combined, and while things should return to normal this upcoming week, unfortunately that’s too late for the guests that had saved up their hard-earned money and scheduled their vacation without any warning of what was to await them.