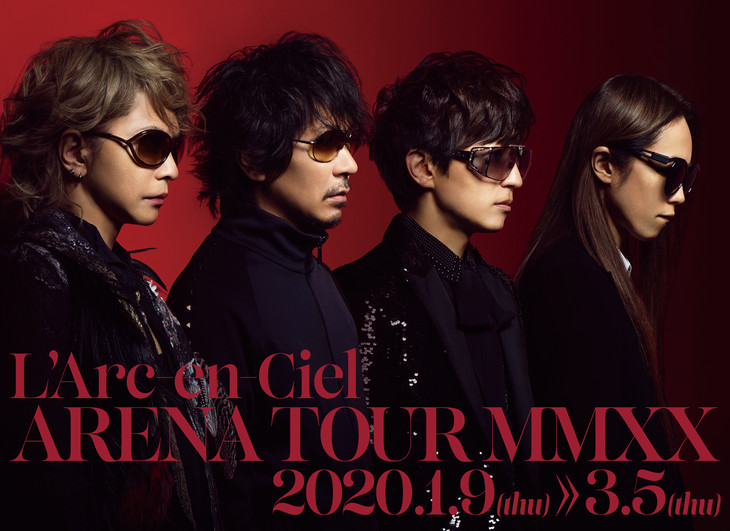 Legendary rock band L’Arc~en~Ciel have announced that they will be hitting the road again, for the first time in 8 years! “Arena Tour MMXX” will begin on January 2020, and as stated by the name it will be an arena tour.

The last time the group held a tour was back in 2012 in celebration of their 20th anniversary, “L’Arc~en Ciel~ 20th L’Anniversary WORLD TOUR 2012”. The new tours opening night will take place at Osaka Castle Hall on January 9th, with 12 performances planned in total.

Beginning on September 10th, fanclub members will have an opportunity to join the lottery for tickets. General release will happen on September 24th and 30th.

The final date of the tour will take place on March 5th, at the Yoyogi National Gymnasium. This tour has fans hoping that the band will perhaps record some new music, their last release was the 2016 single “Don’t be Afraid“.