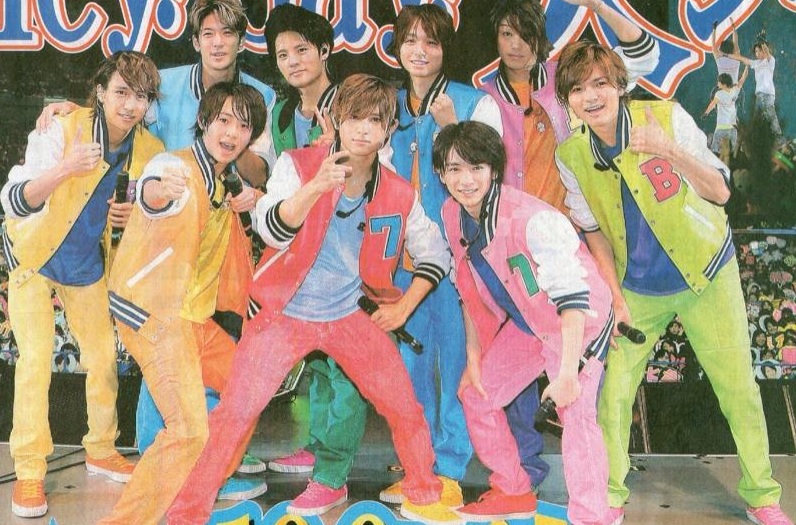 Last October 13, Hey! Say JUMP held their last day of national tour at the Yokohama Arena. In total, the tour mobilized a total of 190,000 audience in 14 performances.

Yamada Ryosuke screamed “Let’s go! Do not lower your tension!” Running around the comprehensive runway and stage, the 9 members sang 32 songs including the latest “Weeekender”. Performance at the Yokohama Arena was held in 3 sets, each attracting an audience of 15,000.

Moreover, with the latest concerts at the venue, the group has achieved the record of surpassing 1 million audience at Yokohama Arena during their October 12th concert. They held their first performance on May 3, 2008 and since performed a total of 69 concerts at the Arena, mobilizing a total of 1.035 million audience. They achieved this most number of concerts in the shortest amount of time among active artists.

With this new achievement, the grouped recalled the time they performed 10 concerts in one week at the Yokohama Arena. Member Yabu Kota comments “There is a feeling that comes back every time you do a concert. We feel this is special because we are able to breakthrough 1 million today.” Yamada Ryosuke added the goal “We can not be satisfied with only here. I want to stand at the new National Stadium someday, I want to stand on the stage of the Tokyo Olympics”.

With regards to their target in the future, Yamada said he wants to be a group that will be recognized when they walked on Shibuya, Harajuku or Shinjuku. Yamada and Arioka Daiki then hilariously re-enacted a previous encounter when both are walking together but only Yamada is recognized and asked for a handshake and Arioka is mistaken as a friend. Arioka laughed “I also wanted to say I am a groupmate”.