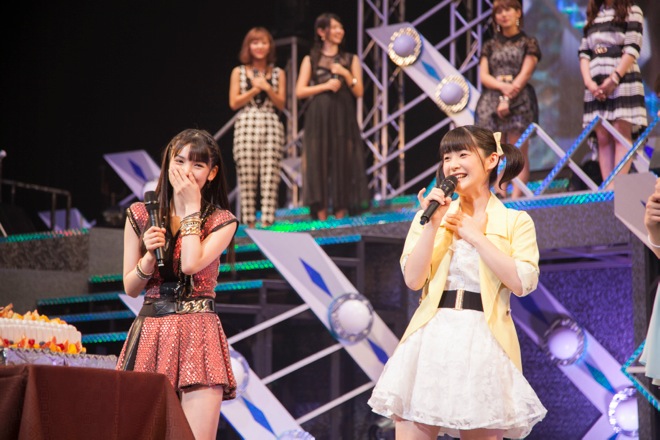 This year it starts with ‘Hello! Project 2014 SUMMER ~KOREZO!~‘ and began at the Fukuoka Sun Palace Hotel & Hall. This concert features all 33 Hello! Project members, a variable amount of Kenshuusei members, 19 performances, 12 days, 7 venues, and plans to see a total of 43,000 fans throughout its duration.

After performing ‘LOVE MACHINE‘, everyone came out and celebrated Morning Musume. ’14 leader Sayumi Michishige’s birthday with a huge cake for her 25h birthday!

Berry Koubou’s Momoko Tsugunaga attempted to steal the show (as usual) and encouraged everyone to sing to her despite the ‘Happy Birthday’ song being copyrighted. Once they were finished, a couple members came forward to speak about Sayumi’s impact.

Michishige-san is the perfect Idol. I’ll do my best so that I can become an Idol similar to Michishige-san in the future.
— Karin Miyamoto, juice=juice

If I were to compare Michishige-san to a Buddhist statue that I love, she’d be Kongousatta Bosatsu (Vajrasattva). This particular Buddhist statue is a bit of a tsundere but whenever you looked at it it just brightened your mood. I think that tenderness is very similar to Michishige-san’s.
— Ayaka Wada, S/mileage

At the time when Michishige-san became the Leader, the members of the group have changed drastically so it worried me. In spite of that, she corrected the new members, give them advices and made Morning Musume’14 bigger together… I can only think “as expected of her”.
— Maimi Yajima, C-ute

For so many years Michishige-san and I have been doing a contest of cuteness with neither of us willing to concede so it hasn’t been settled yet. Although it’s obviously it’s Momochi’s complete victory. Just like how the world is celebrating the World Cup right now, with power no less than that, let’s have an exciting live performance tonight to celebrate Michishige-san’s birthday.
— Momoko Tsugunaga, Berryz Koubou

Always standing in front of us, her back that she showed us looked so cool. Until the day of her graduation, I want to learn everything I can under her.
— Riho Sayashi, Morning Musume. ’14

The gap between Michishige’san lovely, graceful exterior and her inner strength has always captivated me. Speaking personally, from now on I want to be able to celebrate her birthday from an even closer distance with her.
— Mizuki Fukumura, Morning Musume. ’14

This concert tour take place from July 12, 2014 to September 6, 2014. This will be Michishige’s last summer tour as she will be graduating this fall. 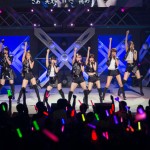 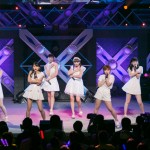 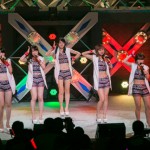 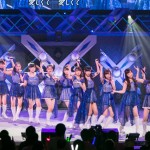 
(Photos via barks)
Posted by Ryan