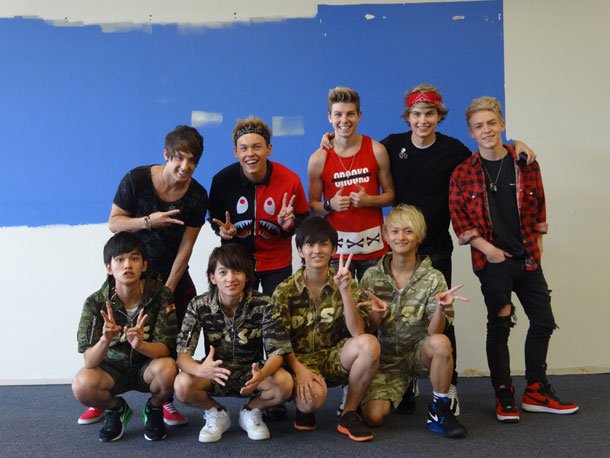 Back on September 13th, DISH// performed a free live at The Orchard Town Center in Denver, Colorado as the opening act for US boy band After Romeo as previously reported.

At the live, they introduced themselves in English to the crowd of After Romeo fans (“Juliets”) that packed the venue, though there were some excited yells and a general positive reaction to the J-Pop band. As opening act, DISH// performed three songs: ‘GRAND HAPPY’, ‘Odoranyason! Song!’, and ‘Saisho no Koi ~Motetakute~’.

Check out some fancams below!

The boys shared their impressions of the experience, “We were glad to be surrounded by so many girls. Also, we want to live in the United States!“

After Romeo will make a November 19th debut in Japan with their single ‘Juliet’.