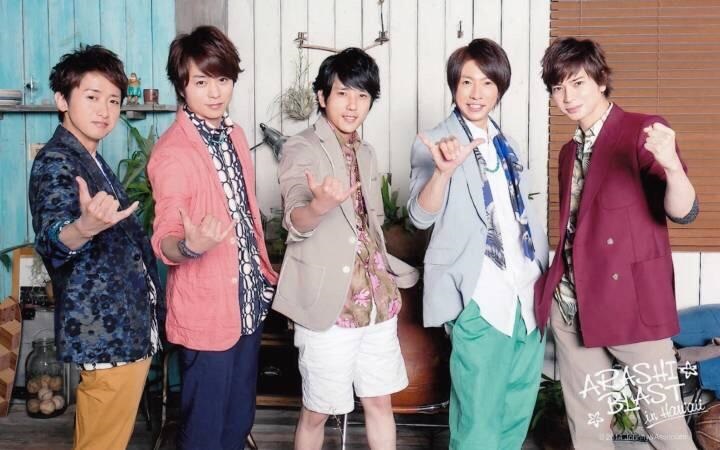 Arashi’s upcoming concerts in Hawaii will broadcast live in Japan. Their concerts on September 19 and 20 will be shown across 209 cinemas (TOHO- focused). Both dates are scheduled for 12:30 viewing time.

In addition, Arashi will also appear live from Hawaii on Music Station’s 3 hour Special for September 26. The upcoming episode will mark their 105th appearance for the show since their first on October 1999. They will be performing a ‘Hawaii version’ special medley, including their debut song “A · RA · SHI”.

Aiba Masaki commented “We are happy to appear on Music Station in our 15th year anniversary and from the place we debuted. In our 15 years history, this is our first live broadcast from overseas so we are excited. We will send out the aloha atmosphere!”

Regarding their Hawaii concerts, they have opened general admission ticket selling for the public last August 23.  It is open to US, Canada and Hawaii. According to Hawaii Tourism Japan, bringing Arashi to Hawaii has been a two year process and just described the feat as “massive”. Preparations are already in progress, including flying in two large multi-million dollar stages from Japan.

Hawaii Tourism Japan said there are 15,000 confirmed visitors coming in from Japan. In addition to regular flight service, the concert package has 18 chartered flights from several airlines. With this, the band’s upcoming concerts in Hawaii are expected to bring in more than $18 million in direct spending from concert-goers, and more than $100 million in public relations and advertising value surrounding the event.

The Arashi Blast in Hawaii shop also opened at Shirokiya at Ala Moana Center. Hundreds of fans lined up outside of Shirokiya in a line that snaked around the building. The shop remain open until September 28. It reportedly sold $100,000 in merchandise during its opening day. 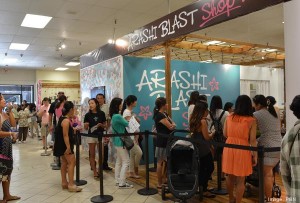