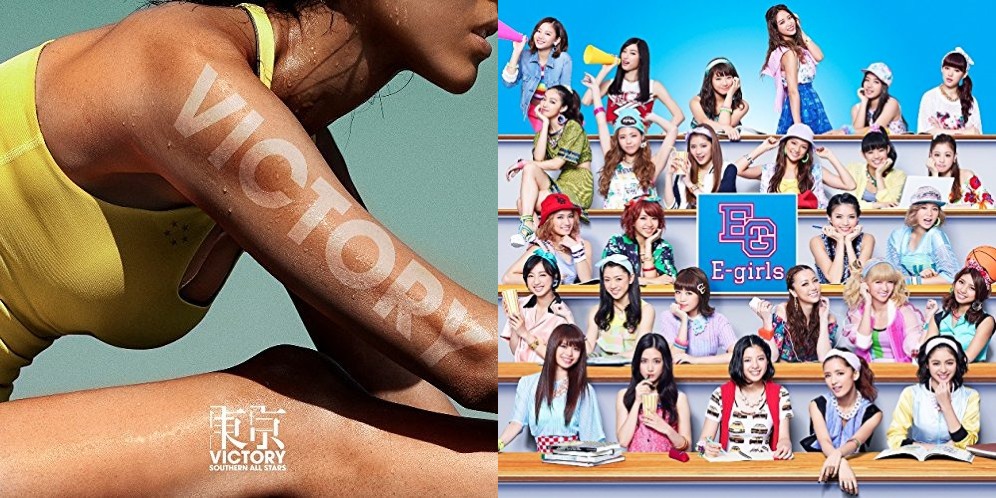 Hello AramaJapan readers and welcome to this week’s installment of #1 Song Review. Last week, Hey! Say! JUMP beat off competition from May J. and returnee Hata Motohiro to come out on top. This week, we have 2 new competitors. Find out what various staff members thought of the songs that topped the physical and digital charts this week and give us your thoughts on them too!

Ronald: Southern All Stars has been around forever and is one of the biggest acts in Japanese music history so it’s no surprise this song did well. I don’t really have a lot of familiarity with their music since it’s not really my style. However, this song isn’t all that bad. It’s actually a pretty pleasant listen. It doesn’t go too outside the boundaries of your normal pop rock song except for those weird moments of autotune. I was kinda lost as to why that was included. Maybe an effort to add freshness to their sound? I don’t know. But it wasn’t grating though. It didn’t detract from the song. It was a good enough listen but I don’t really see this as something I’d seek out on my own. A tad too… normcore. 6/10

Kanki: It’s no surprise that this group has stayed relevant since 1978. I feel like they keep their original feel, but adjust to the current trends so easily. Young and old people alike can listen to them and really get into their songs. I really enjoyed this song and I feel like it should be an Olympic theme song or something. It ALMOST makes my eyes want to water like EXILE’s “Rising Sun” did; albeit for different reasons. My only real complaint with this song is the occasional auto-tune they use…it just sounds out of place and I’m not sure it was needed… 7/10

Kyle: I can see how this song would be appealing to the Japanese general public. The lyrics really do have that ~feel good~ inspirational vibe. Like Kanki I also think this could work as an Olympic theme song, it’s all I could think about when watching the video. The auto-tune parts were really strange, I really think it should have been left out. 6/10

Ryusenkai: One of the rare moments where the Physical #1 for a week will actually be my overall choice, and on the whole a great example of an act who’s managed to transcend the trends which tend to rule the J-music industry every few years. Full disclosure, I’m a very big Southern All Stars fan, so there will be a certain degree of bias included within this review which I likely won’t be able to avoid, though I’ll certainly make the attempt. “Tokyo VICTORY” is a fight song through and through, and I don’t disagree with what most of my fellow writers have said about this being a great “Olympic-style” theme. Even so, there is a certain “adult-contemporary” style to the music that allows the song to cast a fairly wide net, as evinced by it also managing to come out as #1 on Recochoku (might have managed iTunes as well, if they’d released it there). Kuwata has once of the most distinct voices in Japanese music, his smooth, yet gravelly tone capable of both supreme sweetness and a funky attitude. He’s got great control over these vocals as well, his breathing careful to the point of being almost unnoticeable and his tone stable, save for a few lapses into his trademark growl (his range isn’t QUITE what it used to be, but it’s by no means bad). The auto-tuned bits are unnecessary, but I don’t feel that they take away too much from the overall product. On the whole, strong composition, vocals, and arrangement make “Tokyo VICTORY” a clear victory for me. 8.5/10

Ronald: Ok E-girls, this is actually kinda cute… I normally don’t like E-girls. They just come off as… AKB48 but with actual talent. And I don’t really get the connection to EXILE besides the whole “only let like 20% of the group sing while the other 80% just dance around” thing. Their songs just tend to be too cutesy. I’d probably prefer something called E-women more if such a thing existed. That being said, I actually kinda like this song. The intro and verses remind me of older JPop for some reason. It’s making me remember when I actually used to be really into mainstream Japanese pop. Or maybe just a likeable EXILE / Sandaime J Soul Brothers song? The chorus however is a huge let down. You think the song is building to something and in the end it just falls really flat. The song is actually pretty decent though! I’m pleasant surprised! 7/10

Kanki: 30 seconds of the random texting in the beginning was annoying… I love the bright colors in the music video and I tend to fall for girl groups a lot easier than boy groups. The song itself is pretty good and I like the girls’ singing, but there should have been more going on in the actual MUSIC part of the song. The background music is kind of boring and there’s not much going on, there could have been a lot more variety in the bg music to fit with their voices… It’s rare that the voices overpower the music, but that’s definitely happening here. I was expecting much more… 5/10

Kyle: Why won’t LDH let E-girls be great!!! The constant use of bright colors in their videos is starting to become stale, they definitely have the budget and resources to try new things. This song kind of grew on me from when I first listened to it, but I feel this should have just been a random album track. A lot of E-girls material is starting to sound like rejected KARA b-sides circa 2011, which is kinda HOT in theory but I just find it tiresome. 5.5/10

Ryusenkai: Well, if I didn’t already know that E-girls was related to the LDH/EXILE conglomerate, I think I would have been able to tell a couple of moments after this song actually started. There are a lot of telltale signs of the type of music that a fair amount of LDH’s groups have been dipping into the past year or two here, though rather noticeably the backing track on “Highschool love” is… kind of quiet once the vocalists come in. E-girls’ singers are by no means bad, but I almost feel as though this mix pushed them too much to the forefront and drowned out the actual track. Listening carefully, I can hear that it’s supposed to be something that recalls a groovy, disco-like sound, which isn’t a bad thing in and of itself. This is just… too smooth and sugary for me, in a sense. Add to that the type of pop lyrics which I’ve made it quite clear that I hate (though I think that these repeated a bit less than “The Revolution”‘s did) and I’m left feeling wanting. “Highschool Love” isn’t a bad song, but neither does it really excite me in any way – not the kind of song I’d stop to listen to if I heard it playing somewhere, for instance. 4/10