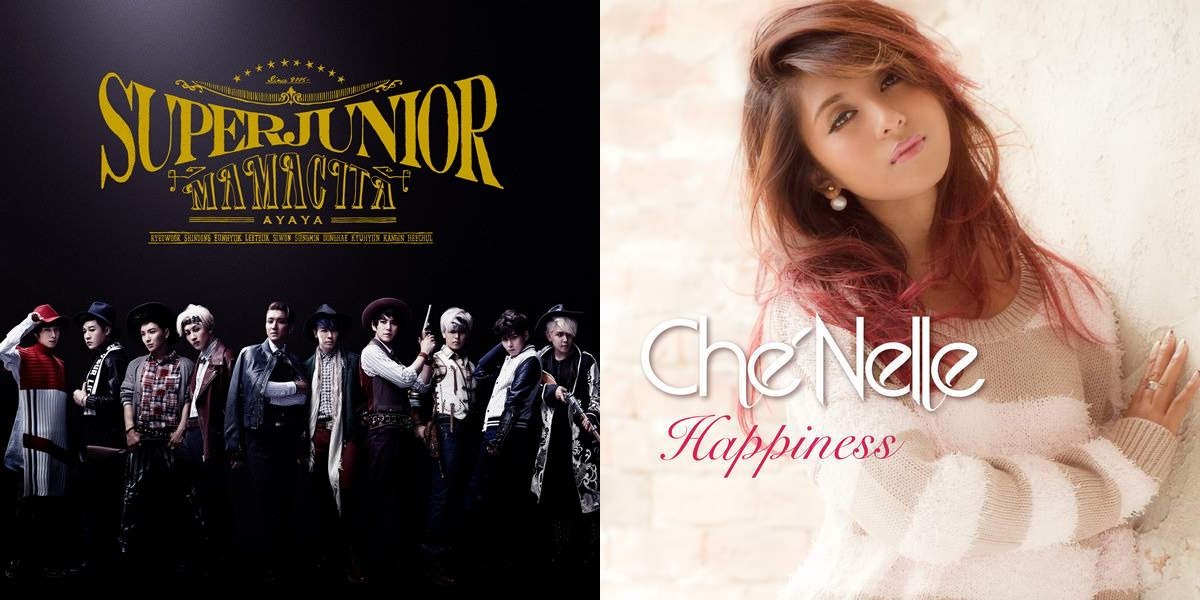 Hello AramaJapan readers and welcome to this week’s installment of #1 Song Review! Last week saw Sandaime J Soul Brothers beat SKE48 to come out on top. This week we have a returnee from the past plus a newcomer. Find out what various staff members thought of the songs that topped the physical and digital charts this week and share your thoughts on them too!

Oricon: Super Junior – MAMACITA -AYAYA- (not in the Recochoku weekly top 50 / didn’t appear in the iTunes top 10 all week)

Ronald: Ok, confession: I really used to like Super Junior. It was a weird time. I had listened to them casually for a few years but after the TVXQ breakup, they became my main KPop focus. In retrospect, I think it was an attempt to continue with KPop. It didn’t last that long, maybe like 2 years or so. If it was like 2009, I would be all about this song. But now, not so much. I really don’t like the New Jack Swing sound in KPop. It really annoys me for some reason. I can’t quite put my finger on it. It’s cheesy.  As usual, Kyuhyun and Ryeowook are carrying the song. Yesung would be too if he wasn’t in the military right now. Their vocals really standout in the song. I really hate the “ayaya” part of this song. It just makes the song even cheesier. As does Eunhyuk’s rap, with Shindong’s accompaniment.  That being said, it does have a certain “fun” feel to it that I somewhat enjoy. 4/10

Ryusenkai: Whether they’re from Japan or Korea, my “idols usually aren’t my thing” clause still applies. While I did kind of appreciate the synthy saxophone that opened “MAMACITA -AYAYA-”, the direction that the song went in following that is not particularly to my tastes. For some reason, I’m reminded of a Western pop song from… sometime early last decade, though I can’t exactly put a finger on which song this one is pulling from the depths of my memory. Regardless, I suppose that the instrumental here could be called a throwback as a result, though it’s not a particularly creative iteration. The vocals are solid, if nothing amazing, and the lyrics are exactly what you’d expect from this type of pop song, though they do remind me a lot more of Western lyrics than the majority of J-idol lyrics do. On the whole, both literally and figuratively, “MAMACITA -AYAYA-” is a K-pop track released in Japan and sung in Japanese (with a little English as well), so if you like K-pop, you’ll probably like this. I don’t really like K-pop, so I don’t really like this all that much, though it’s far from the worst song I’ve heard this week. 3.5/10

Ronald: Same review as before – Don’t get me wrong, Che’Nelle has a really nice voice but most of her songs leave a lot to be desired. They’re just so standard, so expected, so generic. She’s that foreign girl who sings generic ballads in Japanese. I hear this and I just think “God, haven’t I heard this a million times before?” It’s like… was May J. not available? 4.5/10

Ryusenkai: Same review as before – Che’Nelle is another in the group of singers like May J. who have a particularly pleasant vocal tone to listen to, but really could use a bit of work on their overall vocal technique. Che’Nelle in particular needs to get a better handle on her breathing, since it’s something that you can’t help but notice once you’re aware of it. That said, I still do quite enjoy the R&B-tinged vocal performance that Che’Nelle gives in “Happiness”, since I’m something of a sucker for these emotional styles of singing – particularly at this time of year. Her command of both Japanese and English is also to be praised, since it’s not something that you see done this well all that often. The lyrics are trite and the instrumental sparkling and pretty. Over time this song has started to wear on me, so I might drop it half a point. 5/10