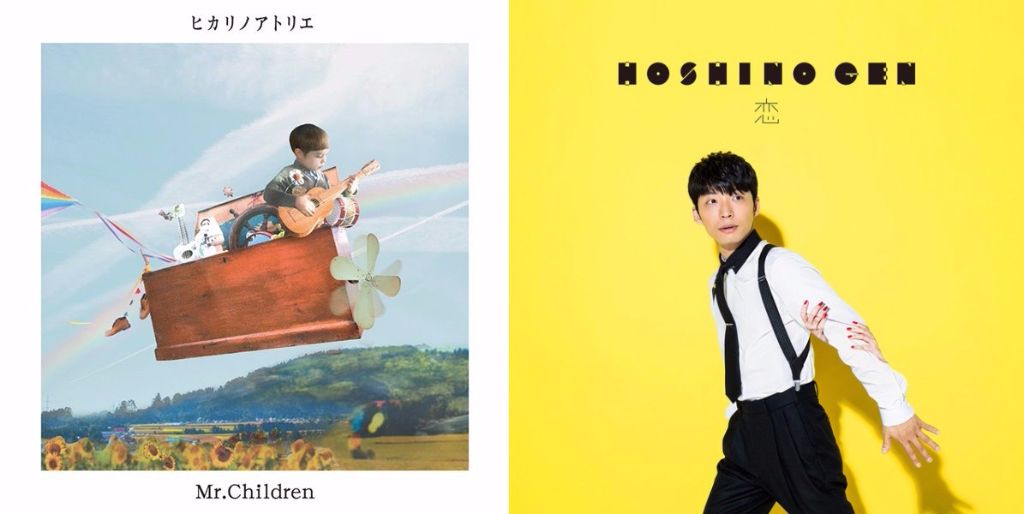 Hello, Arama! Japan readers and welcome to this week’s installment of #1 Song Review! Last week saw Hoshino Gen defeat Busaiku. Gen is back again this week, facing off against a newcomer. Find out what various staff members thought of the songs that topped the physical and digital charts this week and share your thoughts on them too!

Ronald: Mr.Children’s newest single is the theme song for the current asadora, “Beppinsan.” And it sounds like it, but if Yuzu did it. For some reason, when listening to this, all I can think of is Yuzu as opposed to Mr.Children. Probably the twee jangliness of the track itself. It’s a good enough song, nothing really all that interesting, but then again, it’s an asadora theme and people want something soothing in the morning. 6/10

Ronald: Same review as before: Hoshino Gen has quickly risen to be one of the big names on the scene today. He’s is one of the two surviving breakout acts of 2015 along with back number (RIP Gesu no Kiwami Otome.), and it’s easily to see why. His song are just so bright and full of energy, but with a sound that is able to crossover to different audiences. “Koi” is a mix of old and new. It incorporates traditional Japanese music, jazz, and funk, but with a pop edge. I like the bridge on this song, and it’s pretty much the opposite of how I felt about the one in the Kanjani8 song. This one is organic and complex and it feels right. That being said, I would like to see Gen switch things up on his next single because I don’t want him to make a bunch of “SUN” clones. 7.5/10