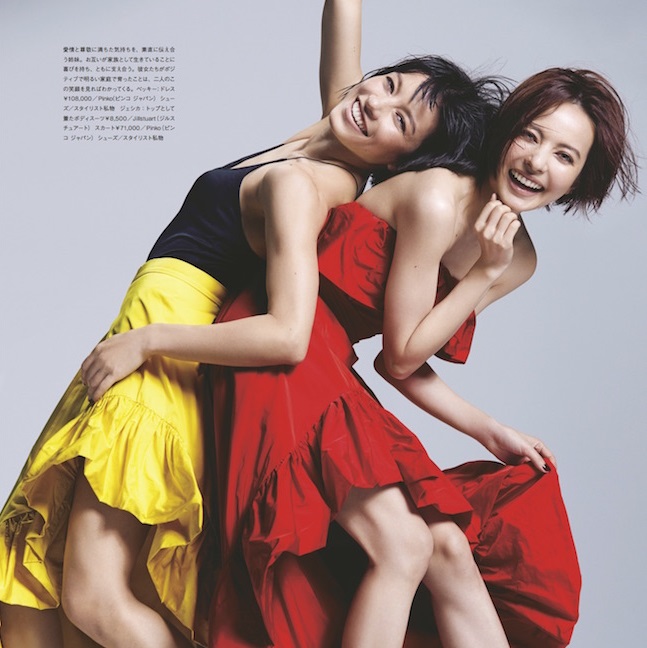 Jessica “JJ” Rabone is the little sister of talent Becky, and has her eyes set on the Japanese entertainment industry! She recently just earned a very high profile endorsement deal with the beverage company Minute Maid.

The bright and colorful adverts and CM show off Jessica’s impressive dance skills, while she does everyday tasks like housekeeping and heading to work at the office. Multiple short videos were created for social media, and then all of them were combined to create a 60 second version. She’s in charge of promoting the new 100% fruit drink Minute Maid Once a Day Multi Vitamin. A brand new twitter account was created by Minute Maid just for this new campaign, and has already garnered thousands of retweets since it began to tweet 3 days ago.

Rabone began dancing at the age of 17 as a way to find herself, and carve out her own path instead of just being known as “Becky’s sister”.  In 2013 she won a battle at the worlds biggest street dancing event JUSTE DEBOUT NYC  held in New York City. In 2015 she was successfully picked as one of the finalists in the American dance competition show So You Think You Can Dance?

During Rabone’s “SYTUCD” audition she recalled that she tried to follow her sisters path at a much younger age, but due to her name, voice, and looks agencies could easily tell she was related to Becky without her initially revealing it. Instead of helping her, the relation to Becky actually hindered her attempts at entering the industry. Once she was coldly told by an agent “You know we don’t need two Becky’s in the industry, we already have one”.

Earlier in the year Rabone appeared with Becky on the FUJI TV variety show Moshimono Futari. The two then did a photoshoot together for Numero Tokyo a couple months later. This Minute Maid campaign marks Rabone’s first major solo project within the Japanese Entertainment scene. Despite Rabone’s foray into her sisters “territory”, dancing is still an integral part of her life as seen in the CM. She still works as a dancer and holds workshops as well as private lessons.

Minute Maid Once a Day Multi Vitamin can be purchased from Japanese stores nationwide.