DEFEND PARIS seemingly appeared out of nowhere, but a lot their clothes tend to evoke a strong social message. One of their more popular pieces is a hoodie with the text “DEFEND PARIS” along with a AK-47 gun, it’s meant to share an anti-war message. The brand is very popular with international celebrities including Madonna, Akon, and Zachary Quinto.

This marks the first time that the brand is officially collaborating with a celebrity from Asia. The goal of the collaboration is to send a message of hope to all the sexual minorities around the world.

Two shirts and two caps will be available for purchase, in either black or white. The text reads “DEFEND TOKYO” with a rainbow heart in the middle, on the t-shirts the back has an excerpt from Ayumi Hamasaki’s 2013 song how beautiful you are. 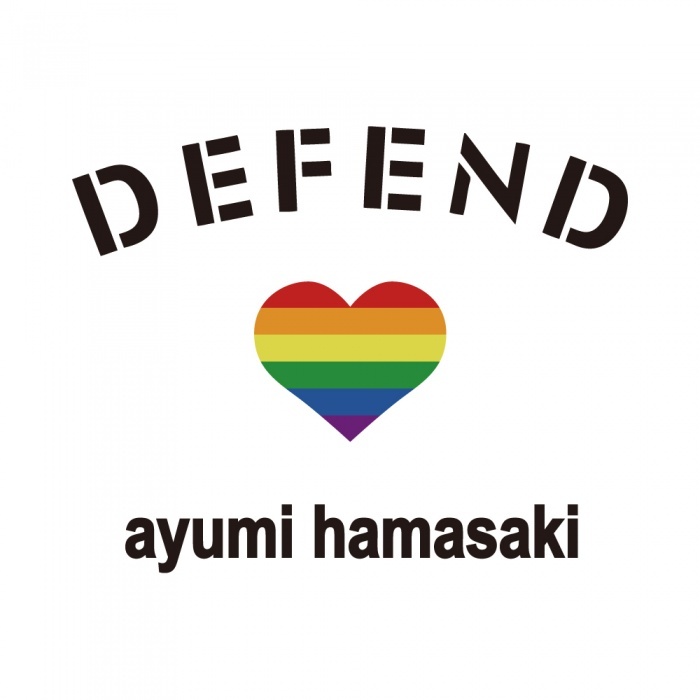 In many cases, being a member of a minority group tends to result in social prejudice and discrimination. In the past Hamasaki has been very vocal in her support for the LGBT.

Recently, she shared that while starting out she would spend a lot of time in the Shinjuku Ni-chōme district (Japan’s LGBT subculture hub) and will forever be thankful at the people for making her feel empathy and happiness.

Hamasaki also wasn’t afraid to take shots at her home country, questioning “Why is it so difficult for people in Japan to understand minorities so much?”, in response to both LGBT and women. Not forgetting that just like almost every single other country in the world Japan is a male dominated society.

Besides her fans, the t-shirts and caps are aimed at people who feel “uneasy” about the LGBT community, with Hamasaki hoping that this campaign helps play a part in helping them become more understanding.

The shirt and cap can be purchased at the venue for her current tour ayumi hamasaki ARENA TOUR 2018 ~ POWER of MUSIC 20th Anniversary ~ beginning on April 7th.  A few days earlier it will be available on the TeamAyu shop and mu-mo.

Finally, a pop-up shop will happen from April 6th-9th at Laforet Harajuku. 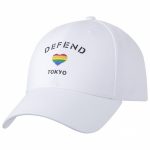 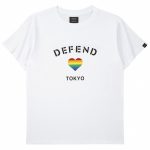 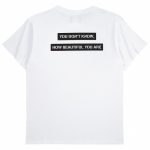 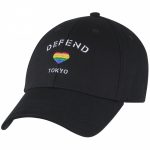 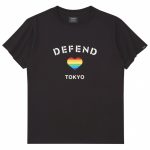 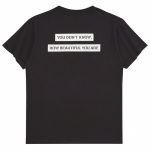