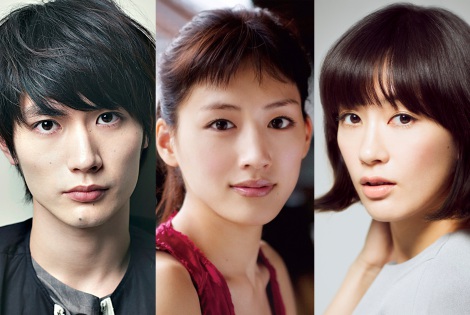 This will be the first drama adaptation of the novel of Japanese- British writer Ishiguro Kazuo, who moved from Japan to UK. The setting of the drama will also be moved from UK to Japan. The novel has sold more than 1 million copies in the UK and was adapted into a movie in 2010 starring Carey Mulligan, Andrew Garfield and Keira Knightley.

Synopsis: Hoshina Kyoko (Ayase Haruka), Doi Tomohiko (Miura Haruma) and Sakai Miwa (Mizukawa Asami) have been leading ordinary lives working as adults. Raised at Yoko Gakuen which was isolated from the world, the three of them enjoyed child-like lives and education and were supposed to be normal children. One day, they were taught by their principal Kamikawa Emiko (Aso Yumi) that they are special children who have been given a “mission” from birth and were informed of their “true destiny”.