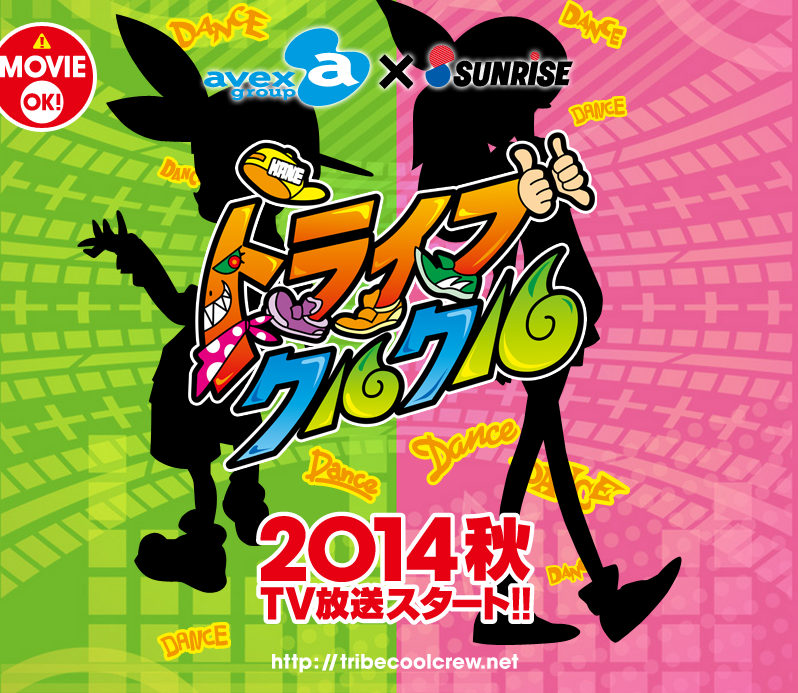 Animation studio Sunrise and Record company Avex are collaborating on a new dance themed TV series Tribe Cool Crew. It is not known if the series, which will be released in the fall, is animated or not, though it looks like it may be a CGI based series. The trailer, which is posted below was uploaded to Bandai’s youtube channel and features dancing character silhouettes reminiscent of other dancing idol franchises like Miku Hatsune’s Project Diva Video game series, or the X-BEAT PC game.

Not much is currently revealed about the series, and the official website doesn’t offer anymore clues.