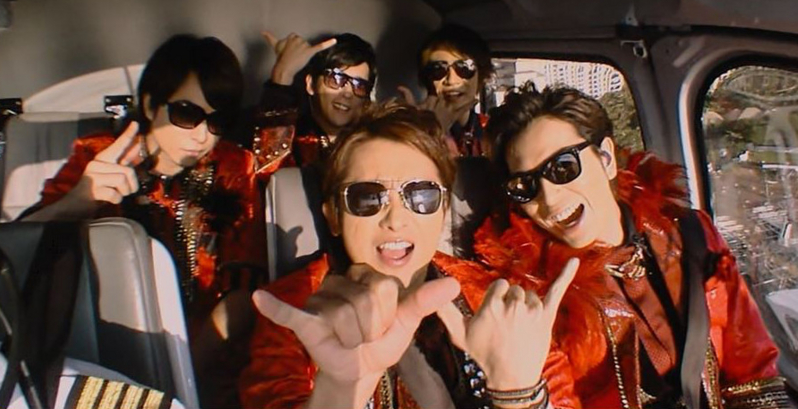 Arashi wrapped up their “ARASHI LIVE TOUR 2015 Japonism” at the Tokyo Dome last December 27. With this, the group has achieved another record, 17 years from their debut. Attendance to Arashi’s concerts officially exceeded 10 million.

The group has mobilized 10,163,000 of concerts attendees in their 17 years, marking the shortest amount of time to reach it. The record was first achieved by SMAP after 20 years of activity.

As a gift to fans, the group announced an Arena Tour for 2016, their first arena tour in 9 years. The group will be holding 2 shows in a day for some of the concert dates. In total, the group will tour 6 cities with 17 performances, mobilizing 170,000 people.

The tour will start at Sun Dome Fukui in April and end at Yokohama Arena in August. The new tour is titled “ARASHI ‘Japonism Show’ in ARENA” and will include “Japonism” elements in it. According to Matsumoto “At this point, I’m visualizing the Arashi “Japonism Show” in ARENA would be more like a “show” than a regular “concert”.

Their Dome tour was held at 5 different venues, for a total of 17 performances and mobilized 800,000 audience in total. The theme of the tour was “go back to the roots” with the images of “Johnny’s” and “Japan,”. Ohno Satoshi was responsible for the choreography of three songs and all members took a challenge for the performances of their solo songs such as “mask magic” by Ohno Satoshi, “Drumline” by Sakurai Sho, “Aerial Tissue” by Aiba Masaki, “Tap Dance” by Ninomiya Kazunari, and “Parkour” by Matsumoto Jun.