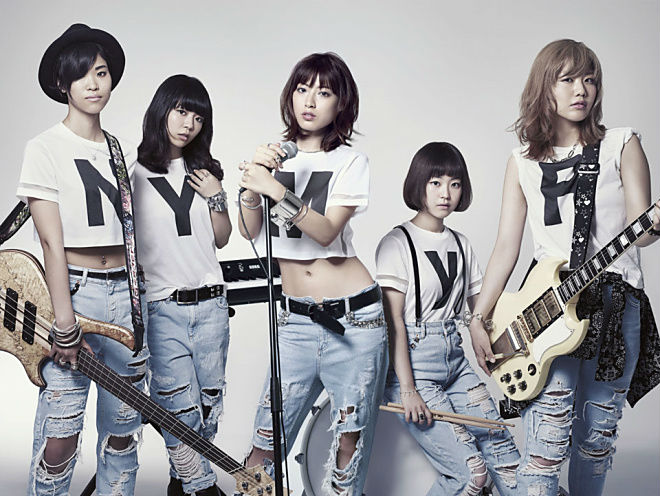 On October 3rd, it was announced that actress Miori Takimoto will be the vocalist for the brand new all-female band LAGOON.

LAGOON was created under Sony Music Records and has five members in the group. Auditions were held with the motive to “support women in making their dreams come true”. The members are women who want to make music, but also come from different backgrounds.

Before their debut, the band is uploading videos called “LAGOON document” weekly on their official YouTube channel. The members are RINO, the guitarist and a mother of one child, NANA, the bassist and a paramedic, yuri, the drummer and a student, and YUKINO, the keyboardist and a cafe employee. In addition to this, Takimoto will be participating under the stage name “MIORI”.

After getting a feel for making music with the members, MIORI said, “It’s my first time experiencing rock and being in a band. I still feel we have a long way to go, but I do remember feeling good when I sang live with the band for the first time. It has still been a few days since I met the members, but I want to strengthen our bonds through the music. Someday I would like to perform at arenas and big performance halls like Tokyo Dome! I am looking forward to meeting the fans and will strive hard every day until that moment comes!”

LAGOON’s first single, “Kimi no Matsu Sekai” (“The World Waiting For You”) will be released on November 26th. It will also the opening theme song for “Magic Kaito 1412”, an anime series that began its broadcast on October 4th.