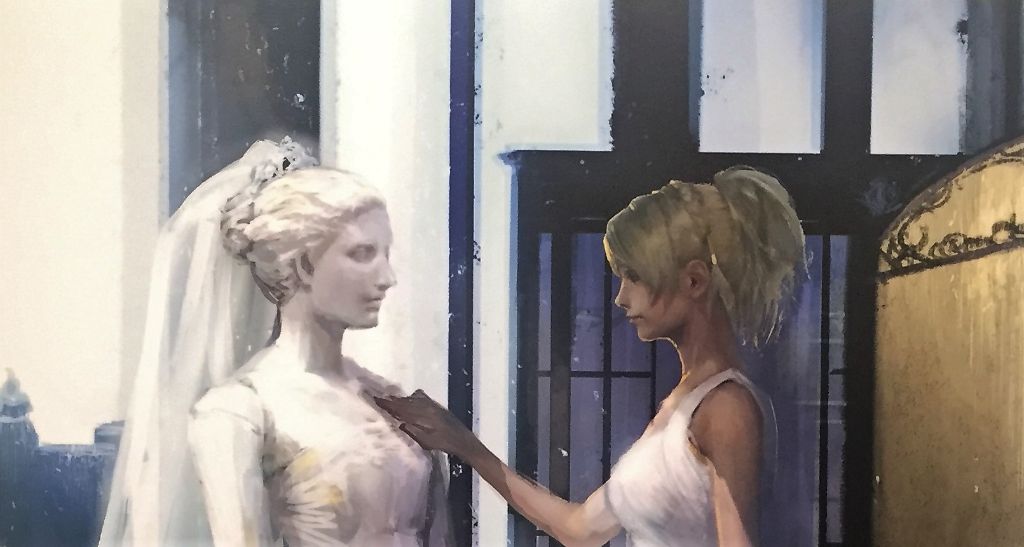 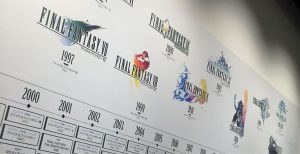 Come explore the world of Final Fantasy in this review of the long awaited Final Fantasy 30th Anniversary Exhibition: Memories of You at Roppongi’s Mori Arts Center.

An exhibition solely dedicated to popular RPG Final Fantasy in an esteemed art museum is like a dream come true for some fans of the series, but does this exhibition live up to its potential with around 30 years of content to cram into one exhibit?

The journey into the world of Final Fantasy starts with patrons being given an audio guide (basically an iPhone) which doubles as a source of magic; showing a crystal with a specific element that one can channel via tapping on the screen. Guests are guided to a dark room where screens project Bahamut, one of the series’s most feared monsters.  Fans are blown to create the sensation of being aboard an airship as museum visitors take on the role of Warriors of Light and tap their iPhone’s to channel their crystal energy to take down the beast. 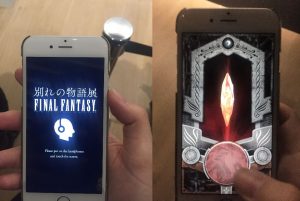 For the remainder of the exhibit, the audio guide functions as an area map changing the music and character dialogue depending on which area of the museum guests are wandering through. The museum is divided into different displays each one focusing on a different game in the series. These displays include concept art, screens featuring the most memorable moments from their respective games, and full-scale replicas of weapons and armor.

For more popular titles in the series, namely Final Fantasy 7, Final Fantasy 10, and Final Fantasy 15, additional spaces are dedicated to showcasing even more content. These spaces include a mirrored room with countless screens playing cutscenes from Final Fantasy 10 as the audio guide plays character’s voice clips. Final Fantasy 15‘s display is in a dark room with animated portraits reciting messages for the game’s protagonist, Noctis. 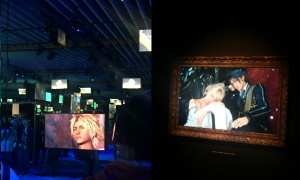 One of the final rooms is dedicated to Final Fantasy 7 revealing concept art for the anticipated remake as well as art from the original game that is sure to stir up nostalgia in any video game fan’s heart. 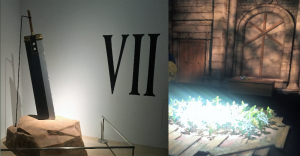 Overall the exhibition is impressive with its implementation of the audio guide and featuring music and character voices to really make the experience feel special. The motifs of “farewells” and “memories” that are present in the majority of Final Fantasy games are thoughtfully presented throughout the exhibit and hardcore fans will appreciate that every game is given attention. For those who are not fans of Final Fantasy, the exhibition is a bit pricey at its 2,500 yen (roughly 23 USD)  price tag and much of the concept art can already be found published in books or online, but there is still much to be said about the interactive exhibits and art pieces that are exclusive to this event. Those who have an appreciation for video games, concept art, character design, or just want to spend a couple hours immersed in another world are encouraged to check out the exhibit when it opens on the 22nd of January. For those unable to do so, I hope that this short review provides at least a peek into what it has to offer.

Final Fantasy 30th Anniversary Exhibition: Memories of You opens officially on January 22nd at the Mori Arts Center in Roppongi Hills and will continue until February 28th. More information can be found at its official website: