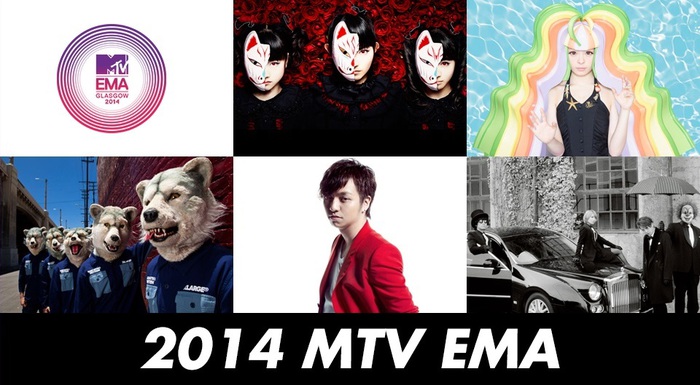 BABYMETAL, Kyary Pamyu Pamyu, MAN WITH A MISSION, Daichi Miura, and SEKAI NO OWARI are all up as wildcards to be possibly added to Japan’s nominee list for Best Worldwide Act for The 2014 MTV EMA. Voting for the wildcard winner is open until September 15 and can be done via Twitter. Instructions on how to vote via Twitter can be found here.

After the wildcard winner is announced, they will join Namie Amuro, E-girls, ONE OK ROCK, and Perfume on the Japan’s final nominee list. Voting for this stage will open September 16. The winner of this round will then go on to compete against South Korea’s winner. The winner of that round will be then be nominated for Best Worldwide Act along with acts from several other regions across the globe. The award be given away at The 2014 MTV EMA on November 9 in Glasgow, Scotland.