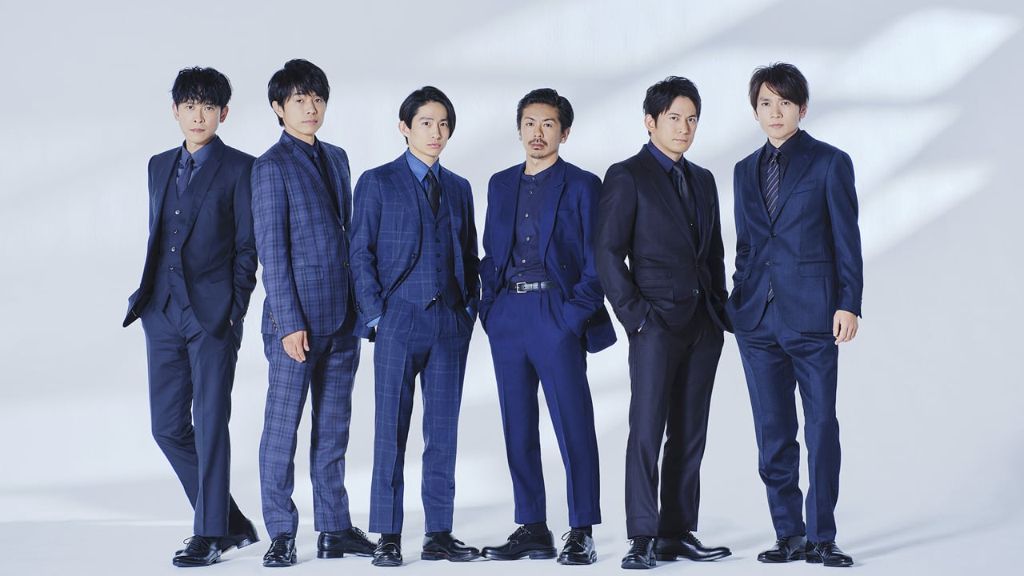 It was announced today on Johnny’s net that V6 will disband on November 1.

When all the members turned 40, Morita Go wanted to take on the challenge of being an actor outside of Johnny & Associates. He told his groupmates how he felt and they respected his decision. Upon thinking of V6’s future, the decision to disband was made because “it’s not V6 unless its these six people.”

Go will leave Johnny & Associates on November 1. The remaining members of V6 will stay with the company. The activities of the older part of V6, 20th Century (consisting of Sakamoto Masayuki, Nagano Hiroshi, and Inohara Yoshihiko), will continue; however, the actitivites of the younger part of V6, Coming Century (consisting of Miyake Ken and Okada Junichi), will end.

V6 debuted in November 1995 with the single “MUSIC FOR THE PEOPLE.” They made their Kohaku Uta Gassen debut in 2014 in celebration of their 20th anniversary. Last year, V6 celebrated their 25th anniversary.