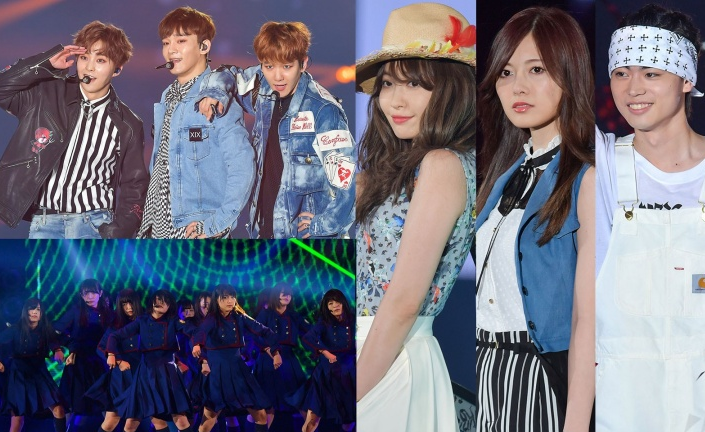 Many top stars hit the runway for the popular fashion and music show GirlsAward.

Usually abbreviated as “GA”, the GirlsAward is held semi-annual at the Yoyogi National Gymnasium in Tokyo. In general it attracts well over 30,000 people making it one of the most popular and biggest fashion events in Japan. The very first GirlsAward took place in September 2009, and it became inaugurated the following year in 2010.

The fans were treated to performances from FAKY, Junnosuke Taguchi, EXO-CBX, CHANMINA, Nogizaka46, Sakamoto Shogo, JY (Jiyoung), and AAA’s Shinjiro Atae. Many of the performers also walked the runway showing off the latest trends for Spring / Summer season. Dozens upon dozens of Japanese models appeared at the show, most notably exclusive models from the popular magazines non-no and men’s non-no. Guest celebrity models were also a big continued trend from past shows, the audience went crazy when actress Satomi Ishihara stepped out in a chic deep blue dress. Masaki Suda received a similar reception as he donned white overalls down the runway.

A gallery of some of our favorite looks from GirlsAward 2017 Spring / Summer can be seen below!

(all photos via MODEL PRESS)

Hosts for the evening