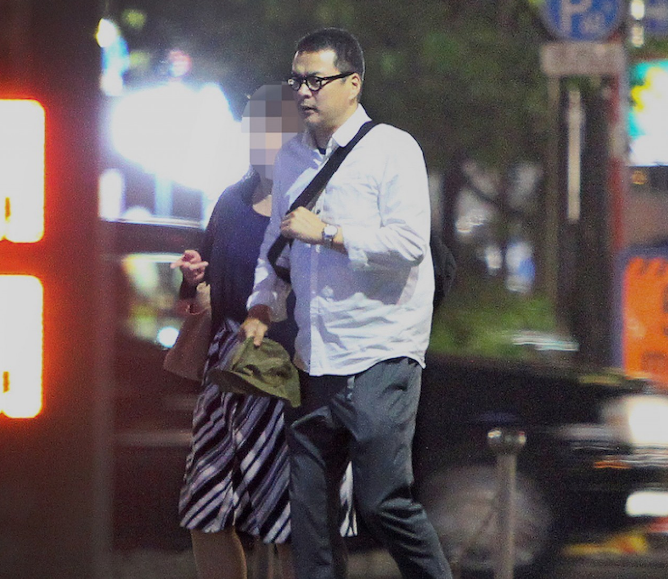 In the latest issue of FRIDAY, the weekly gossip magazine alleges that actor Tetsushi Tanaka (51) has been having a little fun with another woman while his wife Yukie Nakama (37) has been filming a project overseas.

Tanaka and the alleged mistress, who is simply described by her career as a hairstylist, were spotted walking together and holding hands on a quiet street in a luxury residential neighborhood.

Tanaka married actress Yukie Nakama on September 18, 2014, after a six-year relationship. The two first got to know each other through working on 2003 FujiTV drama “Kao” and reunited on the set of 2007 TBS drama “Joshideka!” and started dating the following year. They were first romantically linked publicly in a NikkanSports report in 2009, but had denied being together in consideration to their fans. Instead, they continued dating in secret for 6 years before finally tying the knot. But it seems like those stealth dating skills have gotten a little rusty for Tanaka.

At the time of their marriage, when asked about what he likes about Nakama, Tanaka cited her simple character as the most appealing point to him and complimented her by saying she’s too good for him. Although it is often said that people in the same occupation find it difficult to be together, he is glad that she is a very supportive person and the fact that she’s also an actress so they mutually understand each other’s schedules and career responsibilities.

The couple is rumored to be having a baby on the way, and with a potential act of infidelity in their third year of marriage, there is definitely some drama to be had if this gossip turns out to be true. But pictures likes these rarely deceive.