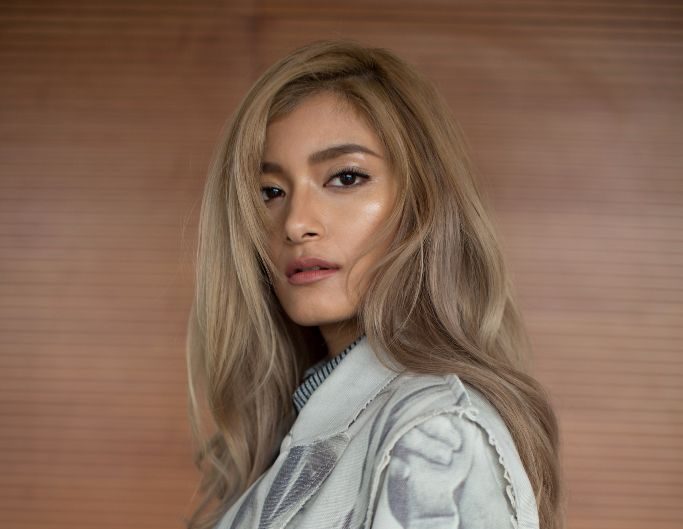 With her lack of TV appearances and some concerning tweets about trust as of late, many believe that model-talent Rola is having trouble with her company and is planning to make a switch.

“This year, her appearances as a regular on TV programs has been reduced to zero,” commented an Entertainment Official. “Many people seem to see this as a countdown of her leaving her office.“

To intensify rumors, Rola tweeted at midnight on June 17: “I was recently betrayed and I’m suddenly sad from the bottom of my heart. I haven’t done anything to anyone.“

With this sudden confession, she raked up over 12,000 retweets on the now-deleted post that led to a string updates that have also been deleted:

“Keep fighting! I want to bring happiness to a lot of people. Do your best!“

“Let’s cherish our family and siblings. I’m scared to believe anyone now, but I’d like to thank my older brother for protecting me.“

“I don’t want to be a person with a black heart. Please return the 10 years of trust.“

Of course, fans were concerned as the tweets were unusual for the consistently upbeat and positive Rola.

Rola is represented by the management agency Libera, which is a relatively small agency whose most notable client is Rola herself.

Weekly Magazine Tokyo Sports alleges that many staff have been withdrawing from her agency as of late, including a director whom Rola personally trusted. Since then, entertainment officials say that they have been attempting to get in contact with Rola’s team to book her for appearances, but no one is picking up the phone.

Libera also manages fellow model-talent Darenogare Akemi, whom netizens on Girls Channel believe is Libera is “passing the torch” to and receiving Rola’s usual work instead.

“With 10 years since her debut, are these tweets not about her distrust towards her office?” questions a Sports Newspaper Reported. “It’s believed that it has to do with the deterioration of her relationship with the president, who discovered her and nurtured her talent.“

With her interest in English, Rola received the opportunity to appear in Hollywood film “Resident Evil: The Final” released last December, fulfilling both her and the president’s dreams of advancing to overseas markets.

“When her appearance in ‘Resident Evil’ was decided, the president invited stakeholders for a party. During his greeting, he shed tears,” comments an advertising agency-related person.

From there, it is said the seams of the relationship with her company started to come apart.

“Rola announced her ‘Resident Evil’ appearance on her own Twitter account on August 15 [of last year], bypassing the announcement date decided by the movie company in her non-disclosure agreement. The American side of production was furious.” (Film Industry-related person)

Additionally, some sources are saying her lack of activities is due to her love life, and it is straining her relationship with her agency.

Rola is said she is infatuated with 40-year-old fashion designer Massimo Giorgetti, founder of fashion brand MSGM and former creative director of the brand Emilio Pucci. Any free time she has, entertainment officials allege that she will fly to Italy to spend time with him.

The two were introduced in 2013 by her Japanese staff, and their interactions started as the typical model-designer relationship but they quickly became well-acquainted with each other. Rola has posted pictures of them together on Instagram.

In an interview with “ELLE JAPAN” magazine in 2016, Giorgetti revealed that he had regularly been exchanging letters and gifts with Rola.

Rola is said to consult Giorgetti for her shooting locations and looks for magazines, which has gotten in the way of scheduling more than once.

When news of her father being arrested over charges of fraud years back, Rola is said to have relied on Masaaki Sakai—”Papa of The Entertainment World“—for advice on her career and the two have maintained a relationship ever since. Unhappy with her current situation—being treated as a “junior” of her agency”—she has allegedly been consulting Sakai on a transfer to a major company and is moving forward with his support.

With her recent career choices, it’s no surprise Rola is most interested in pursuing a career overseas. But is she the source of her problem, doing it in a way that is straining her professional standing with her own staff in a way where her office can no longer control her? Or is she being mistreated?