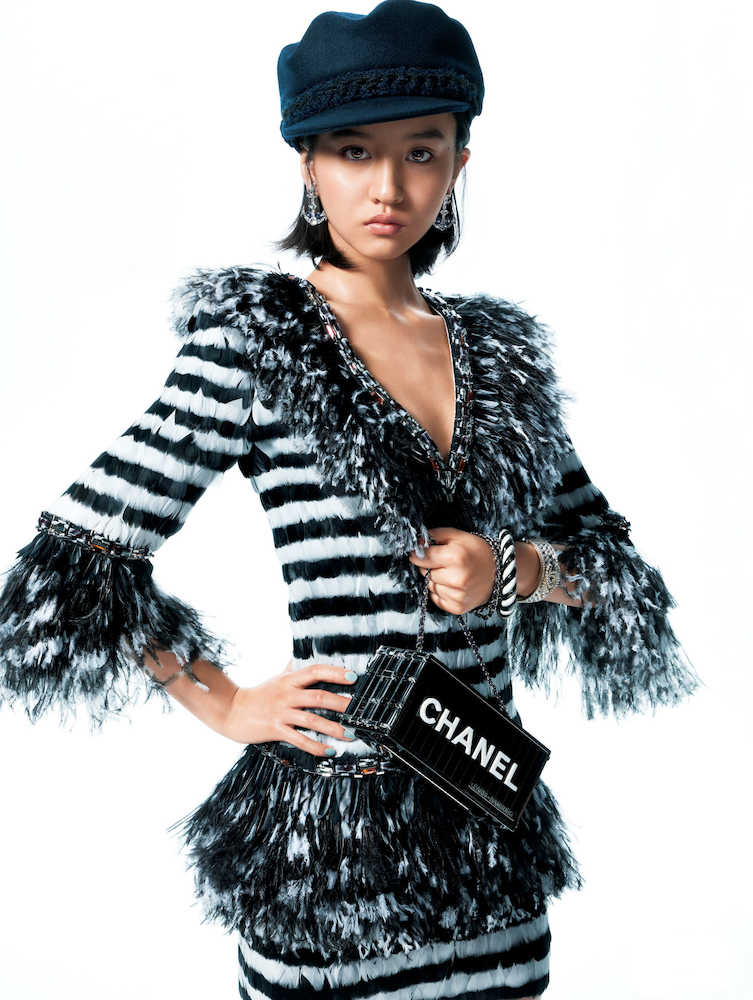 The youngest daughter of celebrity power couple Kudo Shizuka and Kimura Takuya has just made her debut as a model!

Fifteen-year-old Mitsuki, taking on the stage name “Kouki” (an alternate reading of the Kanji for her birth name), is featured as the July 2018 cover model for fashion magazine ELLE JAPON, pictured below. 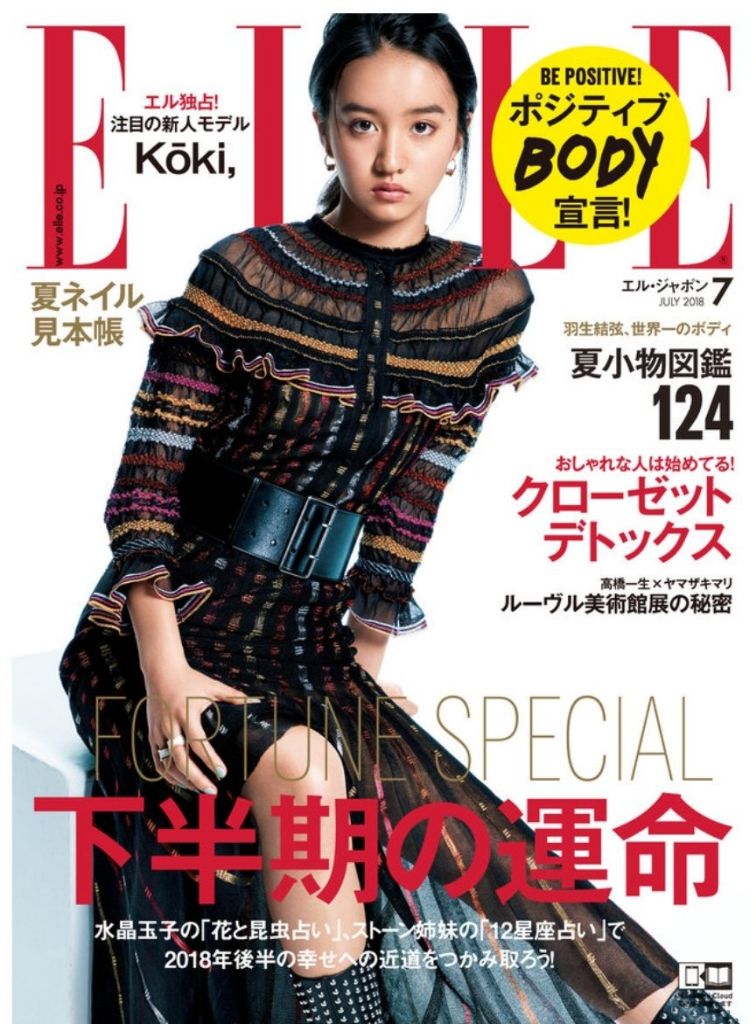 Born February 2003, Kouki is 170 cm tall with goals of becoming a top model. Bearing a striking resemblance to her father when he was young, the photograph was shot by master photographer Kurigami Kazumi.

A friend her of parents, Kurigami first took Kouki’s portrait when she was only months old: “I knew if she ever become a model, I absolutely would have had to take her first shots!“

Acclaiming her potential as a model, Kurigami said, “When I looked through the viewfinder, I was overwhelmed by how powerful her gaze was.“

Besides learning how to perfect her runway walk, she studies at an international school in Tokyo where she is learning Spanish in addition to Japanese, English and French. She can play the flute and piano, and helped co-write three tracks with her mother for her 30th anniversary album “Rin” last year. She has also written a song for Nakashima Mika.

“I believe in myself and want to keep pushing myself,” Kouki says. “My parents taught me how to be proud of myself and what I do.”

Check out some behind-the-scenes footage from the ELLE Japon shoot below: