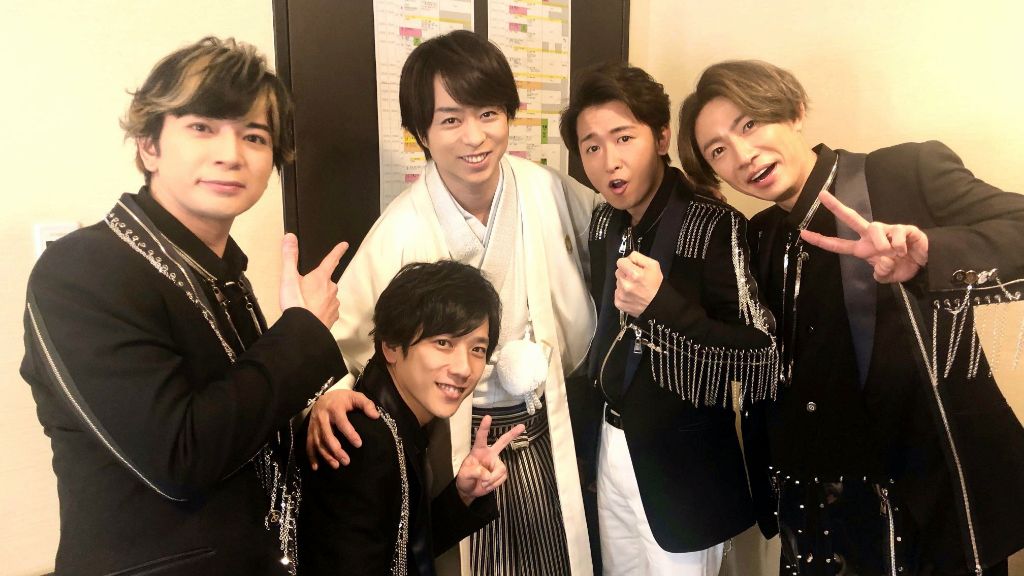 Arashi has officially suspended all of their entertainment activities, finishing off their illustrious 21 year career with a concert titled “This is Arashi LIVE“. Besides the concert, on Arashi’s final day of activities they performed a special medley at NHK’s annual year and show Kohaku Uta Gassen.

For Arashi’s Kohaku performance they were accompanied by a plethora of Johnny’s Jr as backup dancers including the junior groups HiHi Jets, and Travis Japan. The theme of Kohaku this year was centered around the global COVID-19 pandemic, as it continues to impact the lives of every single person on Earth. NHK hopes that the songs of these artists can help heal the hearts of those who are hurt and exhausted by COVID-19, and welcome the new year with a cheerful feeling.

Arashi made their debut in November 1999 with the hit single “A-RA-SHI-“, debuting at #1 and almost selling 1 million copies. They went on to have continued success for the next six years, but their career began to enter the next level in 2007 with the release of their 18th single “Love So Sweet“. Serving as the theme for the drama series “Hana Yori Dango 2“, both the drama and song were huge hits in Japan and all across Asia.

This success continued in 2008 where Arashi solidified their place in the J-pop scene. Their “Arashi Marks 2008 Dream-A-Live” was a 5 dome tour, the only other Johnny’s act to do this previously was SMAP and KinKi Kids. Arashi took the show overseas where they performed sold out concerts in Taiwan, South Korea and China, with their Shanghai concert marking the very first time a Johnny’s act held a concert in China.

The same year Arashi became the third artist behind SMAP and Dreams Come True to hold a performance at Tokyo’s National Olympic Stadium, they would make history the following year by being the first artist to perform 3 consecutive days, all sold out concerts.

Arashi’s success never wavered in the next decade, continuing to top both album and single charts, star in successful dramas and films, dominate CM campaigns, and hold sold out large scale concerts. As of October 2020 they have sold over 56 million albums, singles, and concert dvds/blu-rays making them the best selling Asian boyband of all time.

In January 2019 Arashi made the announcement that they would be ceasing group activities as of December 31st, 2020, it is unknown how long this hiatus will last.

What are some of your favorite memories of Arashi?