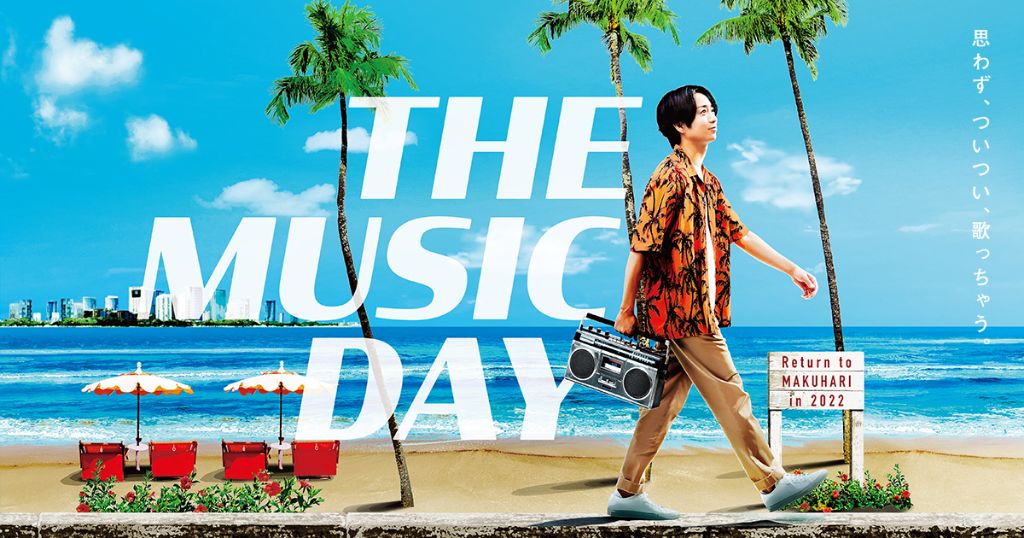 On July 2, the tenth edition of Nippon TV’s midyear music special, “THE MUSIC DAY”, will air from 3 PM to 10:54 PM JST. Arashi‘s Sho Sakurai will serve as host for the show, just how he has in previous years. He will be joined by NTV announcers Hatori Shinichi and Miura Asami, as well as Bakarhythm, to assist in his hosting duties. Another of the channel’s announcers, Ichiki Rena, will be in charge of the “Next Gate.”

“THE MUSIC DAY” will return to Chiba’s Makuhari Messe. It was last at the venue in 2019, but hasn’t returned since due to the COVID-19 pandemic.

The first set of performers for “THE MUSIC DAY” has been revealed, and it includes ten Johnny’s groups and three Sakamichi groups. See who they are, and who else will perform, below!