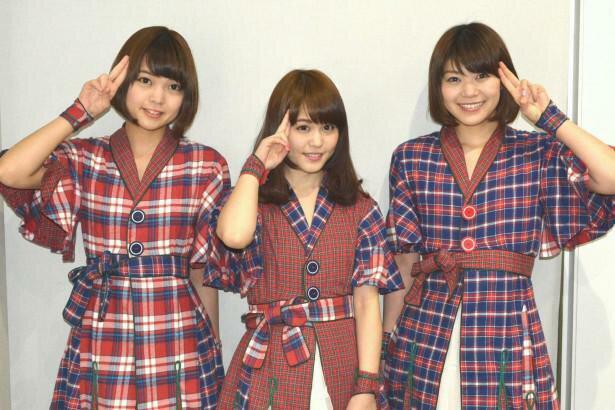 It has been 10 years since AKB48 broke into the mainstream, kickstarting what is now known as the “Idol Warring States Period”. While the boom has long since ended, the current state of the idol scene seems to show no signs of stopping. Due to the ever changing nature of the scene even as it matures, no single idol – whether major or chika – is able to fully represent the genre in its entirety, especially as the acts continue to diversify, fragment and become ever more complex. Alongside the evolution of the genre are the changing relationships idols have with the fans that face them, as well as the metamorphosis of what career progression looks like for any given idol.

A pioneer of what is now known as local idols and based out of Niigata Prefecture in Japan, Negicco first made headlines when the leader of their group, Nao, announced her marriage to Kusouinkai band member Okada Noriyuki in 2019. The announcement was unheard of for idols that had not yet graduated, and it was met with much shock from the general public. The group’s fans, however, welcomed and even congratulated the news.

Following their leader, Megu announced her marriage in 2020 to Yamashita Satoshi, and in 2021 Kaede announced her marriage to a fellow classmate. With that third announcement Negicco became the first group to fully transform into an all married group of idols. By continuing their idol careers even after they had all married, Negicco again set a new precedent for all idols everywhere.

Dempagumi.inc’s Furukawa Mirin also announced her marriage to popular manga artist Asou Shuichi in 2019. Afterwards, she announced the healthy birth of their first child in January of 2021. Fans showered her with congratulations both at the marriage announcement and at the birth of her first child. Furukawa has continued in the group itself with no signs of stopping and has yet to announce her graduation.

In the past, things like pregnancy or weddings were absolutely taboo for idols. However, what prompted that positive response from fans to the Negicco or Furukawa events can be seen as the fruits of many years building a sense of trust and understanding between the two. Negicco is a group with 18 years of history, debuting in 2003. A founding member of Dempagumi.inc, Furukawa has 12 years of history as an idol.

This is not to say that the entirety of the idol world has come to accept idols in actual romantic relationships with other people, and these examples should be seen as somewhat special. For example, in 2017 when former NMB48 idol Suto Ririka announced her marriage at AKB48’s 9th Senbatsu Sousenkyo, she faced an extraordinary amount of criticism, and this continues to be the case for many chika idols that date their fans in private.

However, it still remains a fact that ten years after 2010, the idol world – which shows no signs of stopping – has evolved to the point where idols like Negicco can not only exist, but flourish.

Even within AKB, the group that was the embodiment of the 2010s idol boom, there are idols that seem to be pushing the frontier on what it means to be a ‘career idol’. One such person is Kashiwagi Yuki.

Kashiwagi is an idol with a long history. A 3rd generation member that debuted in December 2006, she has had concurrent positions in both NMB48 and NGT48. For a group that has since lost many of the members that made up the “golden age” of AKB, she is one that stands out for still being in the group. Lately, what made people focus on her was her announcement on the November 2019 broadcast of Best Hit Kayosai that she would “not graduate before turning 30”.

Most idols tend to graduate within the first half of their 20s. Even within the AKB48 group, the record for oldest member ever was former SKE48 Matsumura Kaori, who graduated when she was 29 years, 3 months and 15 days. Within AKB48 itself, Kojima Haruka graduated on her 29th birthday.

Why would Kashiwagi want to stretch out her idol career so much? The answer to that question came in the form of one of her videos that she uploaded to her YouTube channel.

“There’s really not a moment for me when my motivation (to be an idol) dropped… This isn’t just something I’m saying for my fans. I want to appear in magazines, I want to go on TV shows alone and such. If you asked me specifically why I want to do these things, the primary reason is that my fans react so positively when I manage to score such a win. They’re able to boast about the fact that the idol that they are supporting is able to do work outside of their own group (AKB48) and be able to show her talents to people who are not idol fans, and becoming that sort of idol is simply a constant motivator for me.”

“There’s no point in doing work that, even if I receive a lot of money, my fans couldn’t support”; “For those people who go out of their way to support me, I want to create even more reasons to continue supporting me as an idol” — building that sense of trust and honesty with her fans seem to be her driving motivation to be a longtime idol.

Former group members such as Maeda Atsuko or Takahashi Minami continue announcing their marriages and pregnancies, finding their place after leaving their idol careers. For a group that notoriously has a ‘love-ban law’, how will Kashiwagi continue her idol career? This is one question many are focused on.

This article was translated by Arama! Japan Podcast co-host Hannah, you had a special comment to add:

So the primary reason I translated this article is that it is something I’ve been speaking about for years. Three years ago, it would be unheard of for a current idol member to talk about supporting idols from the opposite sex (in Japan – in Korea it is literally the norm). Today, we have Hello Project girls talking about their favorite male idol members, and they actively invite male voice actors to guest star on a female idol group TV show (for the girls to fangirl over, of course).

I would honestly say that this article, while good at summarizing the changes, just stops short of mentioning one very important fact: the context of any marriage/dating/pregnancy announcement is just as, if not more, important than the announcement itself. Even in the heyday of the idol boom, the dissonance between how the general public reacted and how the fans reacted was readily apparent – see, for example, Sashihara Rino’s dating and nudes scandal, where fans power voted her to number one weeks after they were leaked, and yet Watanabe Miyuki’s fans largely reacted exactly how you might expect.

If anything has changed now, it is that there exist more prominent idol groups – excluding the one that may or may not be a joke, Yoshimotozaka46 – wherein most (if not all) the members are close to or over the age of 30. This seems to be the dividing line for not just Japan but all of Northeast Asia, where people become much more forgiving of members dating and even marrying. It has a lot less to do with the idol world changing (that’s, I believe, the author’s invention) and a lot more to do with social expectation.

On that note, I find it interesting that the author of this piece chose to deliberately omit the fact that many fans of the groups in question tend to believe that there exists if not an explicit contractual clause to graduate by a certain date (25 for Hello Project, pre-30 for 48 and 46G, with similar ages across all the major companies – Dempagumi being the very refreshing exception) then at the very least extreme pressure to do so. On that note, it will be very interesting to see how this all plays out in the year to come.