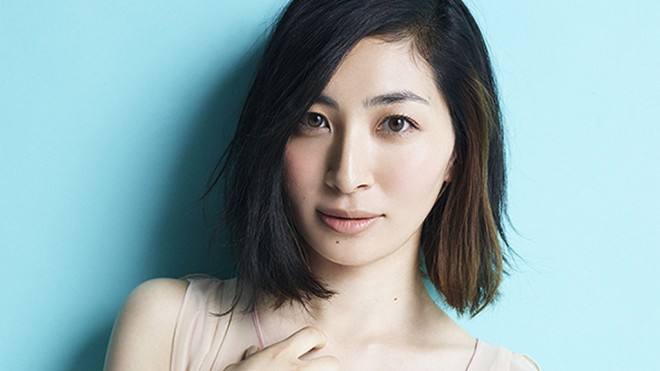 Hello, ARAMA Readers! We are pleased to announce that the Featured Artist corner is officially back again and it is my pleasure to share with you the artist for May: Maaya Sakamoto. If you are not familiar with this charming lady of multiple talents, please spend with me your next few minutes. If you are already a Maaya-fan, stay as well and share your favourite songs and roles with us in the comment section!

Born in Tokyo, 31st March 1980, Maaya started working in theater at the age of 8, where she performed live and recorded commercials. At 16, she was scouted for the role of Hitomi Kanzaki, main heroine in the anime Vision of Escaflowne. The series was a hit and gave Maaya an instant fame and acknowledgment as seiyuu among anime fans. At that time she also met the composer and music producer Yoko Kanno, who took the young perfomer under her wings. Together they released many hit singles and albums until Sakamoto “grew up” as an artist and decided to go more indpendent in 2005 (though she still collaborates with Kanno from time to time to the delight of their longtime fans).

As a singer Maaya Sakamoto released 9 original studio albums, 3 mini albums (so-called concept albums, as each one is built around a different theme), 3 single collections, 1 best hits compilation and over 30 singles (including the digital ones). The next single ‘Million Clouds‘ is due in summer 2016. She also has one tribute album in which other artists perform her songs.

Her career as a seiyuu is also flourishing: she was Haruhi from ‘Ouran Koukou Host Club‘, Nino-san from ‘Arakawa Under the Bridge‘, Ciel Phantomhive from ‘Black Butler‘, Mari Makinami in “Evangelion 2.0” only to name a few. Oh yes, have I mentioned she is also Lightning from the Final Fantasy series and major Motoko Kusanagi in “Ghost in the Shell – Arise / Alternative Architecture“? Anime is not her only field, as she also works on dubbings for western movies. Maaya is “the voice” of such actresses like Natalie Portman, Anna Paquin, Mia Wasikowska or Jessica Alba and the japanese version of Rachel Berry in Glee.

Talking about musicals, Maaya is active also in the field of stage musicals (“Gathering Rain“, anyone?). She has been playing Eponine in Les Miserables in the Imperial Theatre for 7 years, from 2003 to 2009. Below you can listen to her singing “Rue Plumet” with Sayaka Kanda (yes, that’s japanese Anna from “Frozen”!) as Cosette and Masaaki Fujioka as Marius.

Maaya Sakamoto also publishes essays, narrates and is an active radio/podcast personality. There is plenty of Maaya stuff out there just waiting to be discovered!

What is so special about her?

Maaya Sakamoto has been out there in the music industry for 20 years already (2016 marked the 20th anniversary)! She has a stunning, clear singing voice that sounds remarkable, no matter if she’s singing in Japanese, English or Portuguese (is it?). For me, she is a special artist I have been following since my baby steps in Japanese music (her 2001 album “LUCY” was the first one I heard in full and it charmed me to keep it on constant repeat for months) and it almost feels as if we were both growing together from teens to adulthood. You might say I’m biased, but each release from Maaya brings something new, a different concept, quality or sound and there was never one that would make me feel disappointed.

There is no correct answer to that question and you are more than welcome to start anywhere you like. But if you’d really like to me to give you some suggestions, here are a few:

If you are a type who likes to do everything in order, check her debut album ‘Grapferuit’ (1997) first. You’ll get to know her roots and see how her sound is developing. Grapfruit was written and produced by Yoko Kanno and 16 year old Maaya already participated as lyricist in some of the songs. The album contains a selection of songs coming from the anime ‘Vision of Escaflowne’, inlcuding the opening ‘Yakusoku wa Iranai‘. 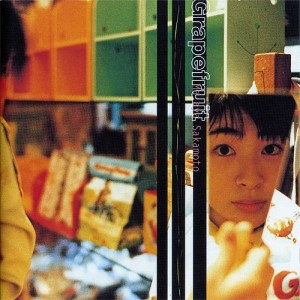 From the latest release

Lucky you! The latest album ‘FOLLOW ME UP‘ released in September 2015 is actually a great starting point for newcomers! It contains a mix of her previously released singles (all of them anime tie-ups), a couple of songs written and composed by Maaya herself (‘FOLLOW ME’, ‘Kore kara’, ‘Iris’) and a Yoko Kanno collaboration (‘Arco’). The album includes double single ‘Be mine! / SAVED.‘ – first, an up-tempo tune and a collab with the band apart, the latter a ballad written by Shouko Suzuki – and a refreshing summery Hajimari no Umi (written by Taeko Ohnuki, from the 70’s band SUGAR BABE, whose song Maaya covered on her previous release). 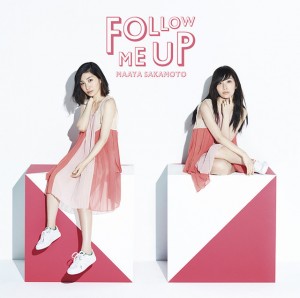 From the highest ranked album to date

Her 7th studio album ‘You can’t catch me‘ released in 2011 was her first to reach No. 1 in Oricon Charts. It was the second time in the history of the chart that a seiyuu/musician achieve this feat (the first title belonging to anison singer Nana Mizuki). However, there is only one anime tie-up in the tracklist: ‘DOWN TOWN‘ which is actually a cover of a 1975 SUGAR BABE song. ‘Tegami’, one of the closing ballads, was featured in the movie ‘Kimi to Boku‘ with Aoi Nakamura in the lead role and Maaya voicing the kitten he finds on the street. 2011 has been a very happy year for the singer also privately, as she married fellow voice actor Kenichi Suzumura in summer 2011. 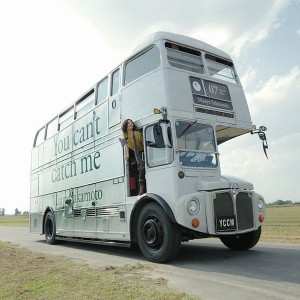 From the ‘Best Of’ selection

There is one best hits compilation waiting out there, with 30 songs chosen by the Maaya herself. ‘everywhere‘ was realease in 2010 on the 15th anniversary of her artistic career and on the day of her 30th birthday. ‘Everywhere‘ was the first song both written and composed by Sakamoto and inspired by her travels around Europe. 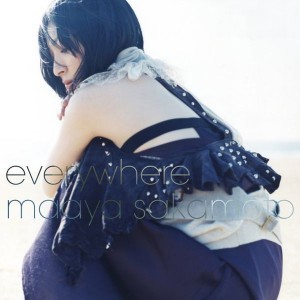 Anime fans should start their journey with one of three “Single Collection+”: Hotchpotch (1999), Nikopachi (2003) and Mitsubachi (2012). These albums contains all single releases and other anime tie-ups. The ‘+’ means that there is always something new added as treat. Go for Hothchpotch to reminisce all the classics, like ‘Kiseki no Umi‘ from the ‘Records of Loddoss War‘ or ‘Platinum‘ from ‘Card Captor Sakura‘. Mitsubachi brings together the singles from 2005 onward, starting with ‘Loop‘ from ‘Tsubasa Chronicles’. The closing song and the “+” of this album – ‘Nekoze‘ – is an absolutely stunning little piece, written by lyricist Yuho Iwasto with the piano music composed and performed by Yoko Kanno during the breaks in recording the single “More than Words“.

If I were to choose best out of the three, my vote would go to the 2003 collection Nikopachi. It’s the most varied among the three, with the funny, theatre like songs of ‘Naple Tales‘, climatic tracks from ‘RahXephon‘ (‘Hemisphere’ / ‘Ongaku’) and ‘Earth Girl Arjuna‘ (‘Bike’) and pop tunes like ‘tune the rainbow‘. ‘The Garden of Everything‘ is a remarkable duet by Steve Conte (well known to all ‘Cowboy Bebop’ fans) and Sakamoto composed by Yoko Kanno, with the melody of Polovtsian Dances by Alexander Borodin incorporated as the chorus. The album closes with ‘Gravity‘ from ‘Wolf’s Rain‘, a simple yet incredibly moving ballad.

For those, who like the artist to write their own songs

Writing and producing her own music was always a dream of Sakamoto and she finally managed to achieve this in 2013, when she released her first self-produced album with all 10 tracks written and composed by her. The album opened as number 4 on the Oricon Album Chart. The release of the full album was preceded by the single ‘Nicola‘, a gentle pop/folk tune about travelling and longing for distant places. 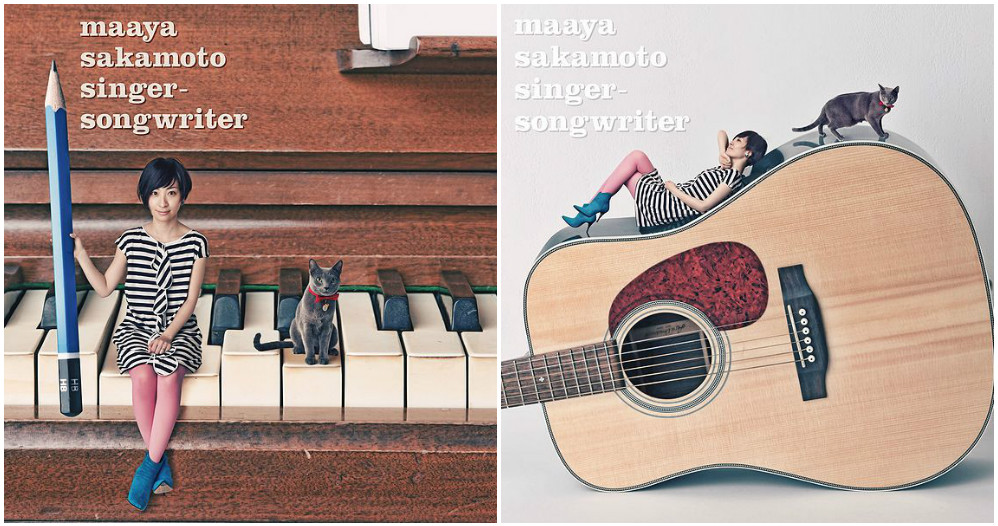 Where can I find her?