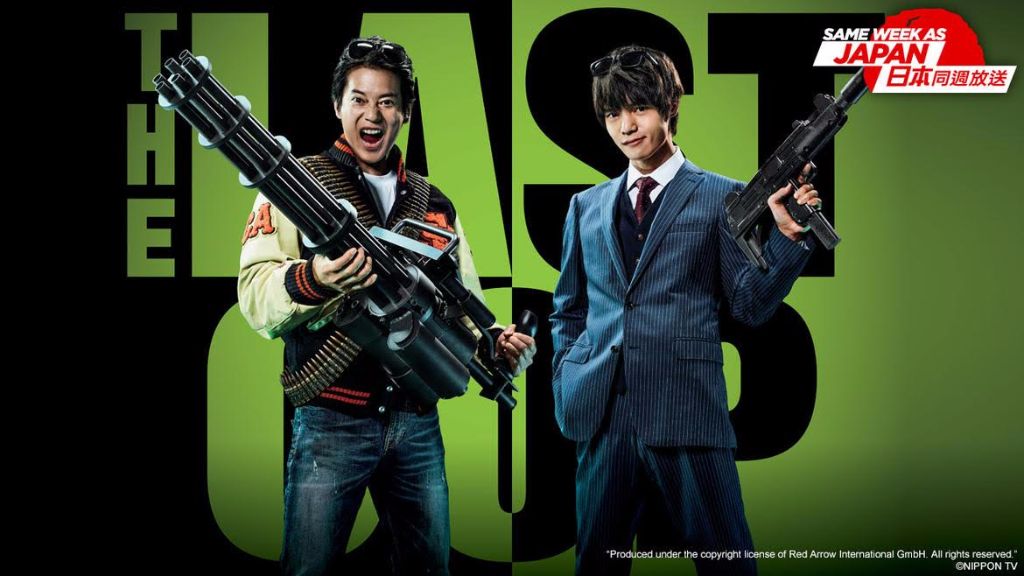 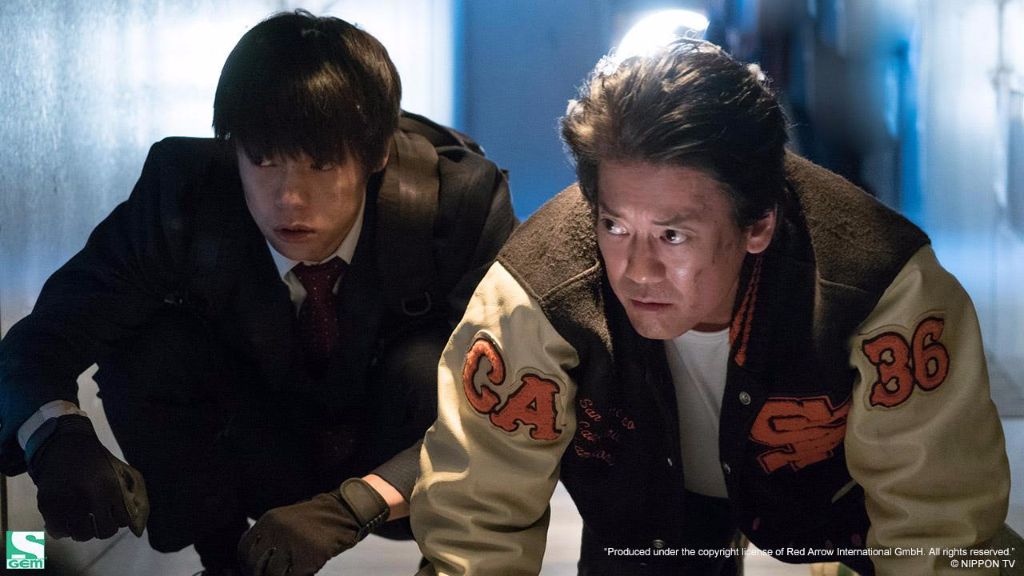 Q. Having shared the camera with Toshiaki Karasawa, what are your thoughts on this experience?

A. He is someone I really look up to, and it’s an honor to play as his buddy on the show. I’m very inspired every day, and I’m learning a lot. Even when talking about just everyday stuff, you can tell he has a firm philosophy on life and always has his eyes and ears open. He listens to what a lot of different people say and he has insights into so many things. I hope I’m (as good) an actor when I get to be his age, even though we might differ in the roles we play.

Q. When asked about his impression of you, Toshiaki said he always remembers you as always eating sausages…

A. Yeah…(laughs) I snack a lot and have a thing for sweets, but he is always watching what he eats and thinking about his health. The show takes a lot of time to film, and now there’s going to be a movie. One day onset I saw Toshiaki eating sausages made from chicken tenders that had only protein, no fat. I asked him what they were, and he gave me one. I thought they were pretty good, so now I buy them by the box and eat them for meals during shooting/filming.

Q. Even when the cameras aren’t rolling, do you and Toshiaki still have the kind of “senpai/kohai” buddy-buddy relationship that you guys have in the show?

A. Ryota’s role has seen a bit of a makeover from last year. Although he still respects Kyogoku, the script has Ryota talking on a less formal level with him. Kyogoku had been asleep for 30 years and so, mentally, they’re the same age. So, although it feels strange to speak informally with Toshiaki, I’m having fun.

Q. Are there any ways in which you think Nozomi Sasaki and Yui are alike?

A. Nozomi is solid and dependable, just like Yui. She just has that sort of… air, or appeal, or persuasiveness that screams “She is a heroine!”. I really feel like nobody could pull it off like she does. I’m also constantly thinking about what a beautiful woman Ryota is going out with (laughs). Her father is Ryota’s partner, so it’s a complex situation. Because of the force of Kyogoku’s personality and because of Yui’s strength in being able to say she has two fathers (one is Kyogoku, and the other is the man that married her mother while Kyogoku was in a 30 year long coma), there is no tension between Ryota and Kyogoku. Nozomi and Yui both have a character with inner fortitude.

Q.What do you yourself have in common with Ryota?

A. What we have in common? Probably nothing. I am a pretty private person who doesn’t want to hang out with people much (laughs) when I’m not on the set. Ryota has a much easier way in conversation. But he is always high-energy and can just  talk for long periods of time. Sometimes I think that, in my personal life, when I’m talking with Toshiaki, for example, I just naturally start speaking a lot faster because I’m playing Ryota’s character. I went out to eat with Toshiaki the other day, and he brought along a friend. The friend told me that, compared to when he first met me, I had started talking more like Toshiaki talks. That just happened unconsciously.

Q. Do you have any memories made in Asia?

A. I’ve never been overseas except for work, which has taken me to Cambodia and Myanmar. That’s the extent of my travels in Asia. I did movie work in Cambodia, and Myanmar I went to for advertising work. Cambodia was my first trip outside of Japan, and I got my first passport to go there. I thought to myself, “so this is what it’s like outside of Japan!”; I had never traveled outside of Japan and, immediately after arriving at the airport, I felt how different the city was from Japan’s cities.

Q. Did you do any sightseeing?

I was over there for two weeks and went to the capital city of Phnom Penh and Siem Reap, which is where Angkor Wat is located. Siem Reap is a city that’s great for tourists. My hotel was really fancy. They had an amazingly deep pool where all the actors would go swimming after work. It was also a lot of fun negotiating with people, like with the tuk-tuk drivers. I can’t speak English, so it was like “Go and back — how much?” It was a really great experience. I ate a lot of different foods. Frogs and ant furikake (a seasoning usually sprinkled over rice). The frog was prepared like chicken wings. I was pretty acclimated after a couple weeks. It was sad to leave at the end. The movie focused on real stuff, so my time over there all felt real to me.

For those of you in select regions of Asia (Hong Kong, Singapore, Cambodia, Indonesia, and Thailand) you’ll be able to catch new episodes of “The Last Cop 2” every Saturday 7.30pm/ 6.30pm(JKT/BKK) on GEM TV, new episodes air the same week as the original air date in Japan.

GEM TV features first-run and exclusive dramas, comedies and variety entertainment shows from Japan as well as other Asian territories including China, Hong Kong and Taiwan. This includes selected prime time dramas on the same day and within the same week of their broadcast in Japan. GEM also recently made history by airing Nippon TV’s music festival ‘THE MUSIC DAY’ LIVE, and for simulcasting the Japanese drama series ‘Guard Center 24’ at the same time as Japan. Helping spread Japan’s entertainment scene to a global audience? yes yes yes! If you live in the mentioned regions above check out their official website on how to get GEM.