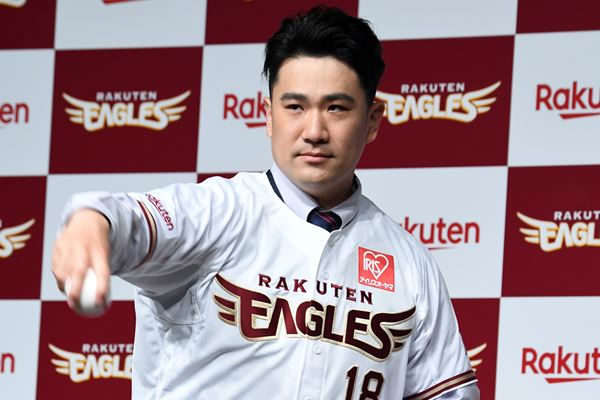 Tanaka‘s decision to return to Japan seemed to take on a depressing turn after reporting from Josei Jishin over the weekend.

Of course (his decision to return) was partially due to the fact that he had become a free agent, but another reason was due to the fact that his oldest son had suffered racism and bullying at school due to rising anti-Asian sentiments related to the pandemic. His wife also became more and more anxious, and so for the safety of his family Tanaka chose to move back to Japan.

Mai Satoda struggled with setting up their son’s classes online, and was understandably concerned with the rise in racist hate crimes in the US. For this reason, Tanaka did not consider the option of choosing another American team when finishing up his contract last year.

When looking at the couples’ social media, we like Josei Jishin were able to verify these statements.

As you might have heard, I have temporarily relocated to Japan with my family late March. Because we are coming back from the US where the virus is spreading rapidly, while we may not have any symptoms, we may unknowingly infect someone with the virus. In fact, the reverse – that my family could get infected due to an asymptomatic carrier – might also happen. There were many factors that led to this decision.

During the Florida camp, there were events other than the Coronavirus that made me feel like I was in danger, so we decided to return home with due care. Currently we are abiding by the two week quarantine period as requested by the Japanese government.

The New York Post, a right wing American news source, tellingly makes no reference to the danger felt by Tanaka other than the risk of infection by the virus when they covered these tweets last year.

While in other interviews Tanaka has mentioned wanting to return to the Tohoku Rakuten Golden Eagles in part because of the 10 year anniversary of the Tohoku Earthquake and Tsunami to assist with Sendai’s recovery, it is hard to not wonder if the current anti-Asian violence was not his biggest factor in moving back to Japan.

The general manager for the Yankees has issued a statement regarding the news. Many thanks to CGTN for bringing this to our attention.